You get the sense that Mark Kozelek doesn’t spend a lot of time writing his songs. At least not the crop on Benji, his latest under the moniker Sun Kil Moon, from which he pulled the majority – if not the entirety – of his SXSW showcase Friday night. 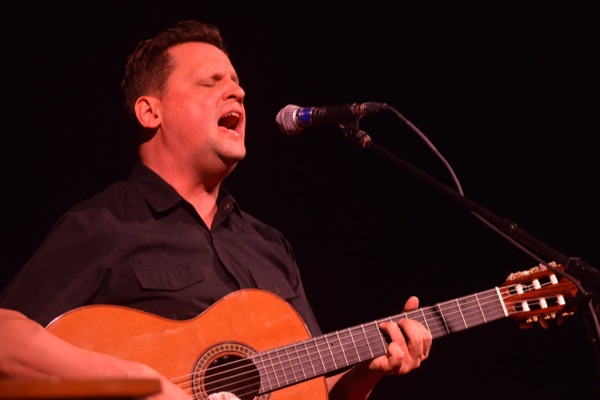 Not that the songs are short – the opposite in many cases – or bad. They’re not. Again, usually the opposite. They’re just not lyrically complex.

He might actually be poring over every single word, but they play out like the outline of a narrative that will be fleshed out later. Something happened. Then I watched TV. There was that time a friend and I rode our bikes to a park where something mildly upsetting happened that I still remember.

There’s a lovely cadence to it, and the songs are little packages of just-so honesty. And you get the sense that by piling up all of these individual bits of stuff over five minutes (“Ben’s My Friend”) or ten (“I Watched the Film ‘The Song Remains the Same’”) that some greater truth supervenes.

Maybe it does. Or maybe it’s just therapy for someone who seems to have been in a late-mid-life melancholia since his 20s with the Red House Painters. As therapy – on a group level – it’s popular, because Kozelek got a standing ovation. In a church no less. 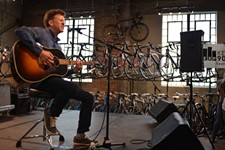