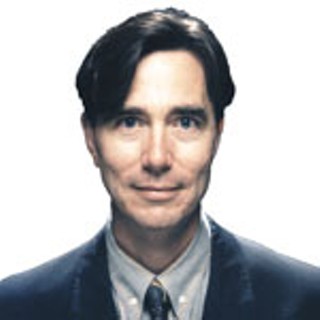 "I try to pick clients whose work sweeps me off my feet," explains Mike Simpson from his William Morris Agency office in Beverly Hills. "I've always followed my gut instinct."

Such faith may have been gleaned during his childhood as a military brat, moving from air force base to air force base every few grades. By the end of high school, Simpson was living an 18-year-old's high life on a base in the Philippines, trying to decide what he was going to do with his future.

"I was an avid scuba diver, so I applied to places that were near the ocean where I could dive regularly," he says. "Those were my only requisites when picking schools."

The University of Southern California "sounded cool enough," even though the campus was buried in Compton – a gritty section in the heart of Los Angelesian sprawl – and the school didn't even offer Simpson's desired marine biology major. Instead, he settled on international relations, which relegated him to the library for his first two years of college. With no car, no real direction, and a ton of work, Los Angeles became a very lonely place.

Salvation came in the summer of '71, when Simpson took a USC program that sent him to another school to study. Not only was his social life revived the moment he arrived in Austin, but his calling was, as well. Simpson had chosen the University of Texas for a lecture class on southeastern politics taught by Walt Rostow, a former advisor to LBJ, who spent the entire semester trying to rationalize the little-known plus sides of the war in Vietnam.

"The man was a monster," he says pointedly, "and it was fortunate that he was because it made me rethink what I wanted to do."

Meanwhile, the newly created film department at the university was offering 8mm classes worth English credit, so with little academics to keep him busy, Simpson signed up. It was the early Seventies, hippies were big, and everyone was trying to change the world. Simpson figured he could do it through film. By the end of summer, he had transferred to Texas as a full-time film student.

After graduating, Simpson spent an ill-fated year selling slide-shows in Colorado – where there was plenty of fishing and hunting but, alas, no film scene – before stumbling back to Austin to attend graduate school. There, he would meet a teacher named Hart Sprager (the same Hart Sprager who would later help actor John Jackson; see above) and partner with him in a documentary production company. Three years later, with his production company booming as much as a production company could in late-Seventies Texas, Simpson wanted to dive in bigger ponds.

"My wife and I had just gotten married, and we were young and could afford to give L.A. a shot," Simpson remembers of their drive out west in '78. Desperate to make rent after a few miserable weeks of unemployment, he joined the William Morris Agency's training program, starting at the bottom, in the mail room. Simpson steadily climbed the ladder, from messenger to assistant to talent agent (which he hated) to the spot he had pegged for himself from the start – an agent in the motion picture department, where he could sign writers and directors.

Ten days into his dream job, a kid he remembered meeting at UT named Kevin Reynolds called him up. Reynolds said he had a script for him called Tin Soldiers. Simpson loved it, as did MGM. Tin Soldiers became Red Dawn and Reynolds became Simpson's first client (and remains a client today).

Twenty-five years later, as an executive vice president at the William Morris Agency, Simpson still remembers what helped him to the top.