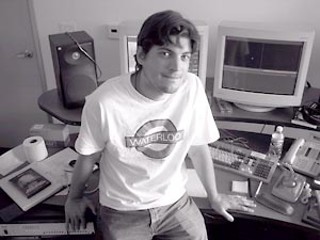 In a Culver City Thai restaurant, Mark Vandermeulen is piecing together how he became an editor. While he will turn 27 next January, Vandermeulen still looks like a college kid – the worn leather of his jacket offsetting a young face. But there is patience in his eyes, that glimmer of youth grayed by the reality of a business Vandermeulen has been immersed in for nearly half of his life.

"It's a little frightening when you hear that," he says, revealing something between a grin and a grimace. "But there's got to be a good reason I've stuck with it."

Flashback 12 years to Austin: Vandermeulen, a freshman in high school and a regular standout in D.D. Clark's youth acting class, is cast in Richard Linklater's Dazed and Confused as Tommy Houston, the supporting freshman kid with the helmet of brown hair. The film goes on to become an indie classic, while Vandermeulen comes of age with the stigma of teenage semicelebrity.

"All the glitter and fronts people put up are very appealing when you're 15," Vandermeulen explains. "But I soon realized acting is treated like any other business. That fact turned me off of it."

But that fact, he continues, convinced him to be a filmmaker. After enrolling at the University of Texas, Vandermeulen became a sponge, learning everything about production that he possibly could. However, two years out of college, making only a meager living doing production work in and around Austin, he felt stuck.

"I wasn't learning the creative aspects of making a film," Vandermeulen admits. "I knew how to direct actors, I knew all the technical stuff. So I figured the next logical step was writing or editing."

Considering he didn't fancy himself a writer, there seemed to be only one option. Yet with nowhere for a kid who knew zilch about editing to get his start in Austin, Vandermeulen boxed everything up and migrated west on I-10 to Los Angeles, where he found a job at a post-production house.

Over the next year and a half he patiently observed, learning the craft of editing as a post-production coordinator. After cutting his chops on abominable studio fare like My Baby's Daddy, Vandermeulen was hired as the apprentice editor on Hostage, the newest Bruce Willis vehicle, due out in 2005. He recently edited a short film that will pepper film festivals next year. With what he has observed from inside the industry, Vandermeulen no longer feels so jaded about acting.

"When I give it another shot," he says, "I'll know what to expect."