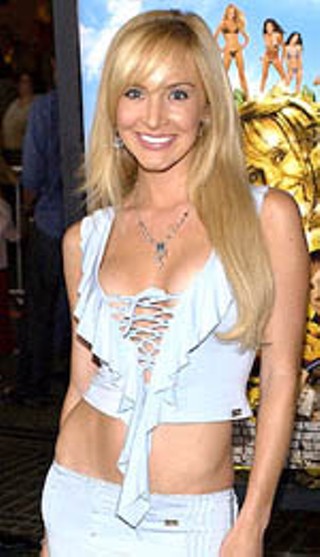 "There's a lot of attention paid to looks in this town," Camille Anderson admits, "but you can't buy into the Hollywood stereotype."

An interesting statement, considering Anderson appears to be your quintessential California beauty – blond and thin with an equal class-to-craziness ratio. However, she is originally just another girl from Dallas, who made perfect grades, led the Young Girl's Life chapter in her high school, and didn't start auditioning until she could drive herself down to Austin.

"My parents wanted me focusing on my education," says Anderson, an only child. "But I've always known I belonged out here."

In 1998, while a student at the University of Texas, Anderson was named Miss Austin, yet skipped the beauty pageant circuit for an internship on Dateline NBC in New York City to complete her broadcast journalism degree. After graduating in 2000, she moved out to Los Angeles with no job, no contacts, and little to no experience as an actress. Her parents thought she was nuts.

"I didn't want to be the cliché actress who waited tables," Anderson says, so she landed a job on a production team for E! True Hollywood Story, a seemingly perfect mix for her talents. In her free time, she tried to establish an acting and modeling career, most notably by setting up her own sleek Web site – www.camilleanderson.com – an amalgam of head shots, scantily clad magazine spreads, and well-designed self-promotion.

"It only seemed logical to set up a Web site," she explains. "This is a business where people need to match names with faces. What better way to do that?"

It seems to be working, recently at least. After numerous small television and film roles that only served to highlight her blond bombshell appearance, Anderson was cast opposite Owen Wilson in a supporting role for the upcoming romantic comedy The Wedding Crashers, due out this next summer. In the film, she has a number of lines and "a well-defined character," which she honed through private acting lessons – and a personal trainer.

"You have to stay looking young because you have to represent what people want to see," she says. "But in the end, it all comes down to the quality of the work."