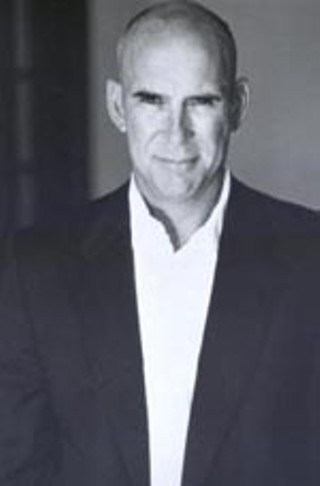 "When I first came out to L.A., all I needed was for someone to look me in the eye and tell me to get the hell out of here," says John Jackson, gazing out the back window of the diner at the soaking Studio City parking lot. "That person never appeared."

Jackson amasses his 6-foot-4-inch frame over his chef salad. Like most character actors, he has striking, memorable features. You might remember him as the cowboy in the Pace Picante Sauce commercial who disgustedly exclaims, "New York City!"

"That line helped pay for my house in Los Angeles," he says. Today, Jackson is better known by the loyal viewers of CBS dramas as Adm. A.J. Chegwidden of the hit show JAG. Since leaving the show this year, he has grown a moustache fit for a Bolshevik. "I gave them nine seasons, and now that both my kids are out of college, I want to regain focus on more serious acting pursuits."

While teaching government and history at LBJ High School in the early Seventies, Jackson found himself in a federally funded acting troupe that performed socio-drama skits about the subculture of schools. Something clicked. When he was cast in one of the lead roles in the Zilker Park Theatre production of Fiddler on the Roof, Jackson remembers laying down on his bed and staring at the ceiling of his apartment, repeating to himself, "This is what I have to do."

"Old friends still poke fun at me about that first performance," Jackson laughs, his warm Southern drawl a far cry from a Russian Jew's accent. But nothing could discourage him now – acting had him hooked. From there, Jackson gobbled up parts in every play he could find around Austin, before heading to New York City in 1979 to study acting at HP Studios. Two years later, he was back in Texas with his bride Jana and baby girl Kate when he had his first big break. A man named Hart Sprager told him about a small part in director Martin Ritt's film Back Roads, starring Sally Field and Tommy Lee Jones. Jackson nailed the audition and got the part.

"That day on set I was terrified," he says. "Ritt and Field were on top of the business at the time, and here I was, a Southern boy with one line, who thought he was supposed to help the grips move lights in between shots. But after we wrapped Martin came up to me and told me I'd done a great job."

His son Connor was born a year later, and, shortly thereafter, Jackson moved his family to Los Angeles. Reccurring roles in series shows and countless television movies became the bread and butter, while strong performances in box-office hits like A Perfect World and A Few Good Men became the passion.

"I want to explore the art of the craft more," Jackson says. "I'd like to go back to New York City, maybe try to perform on Broadway."