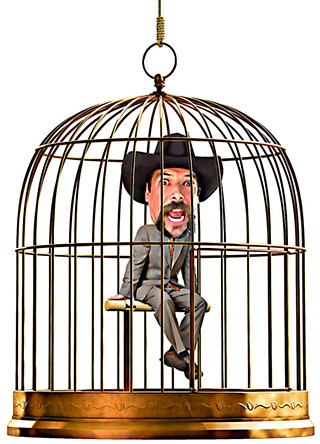 Adam Reposa was released from jail on Wednesday, Dec. 13, after Travis County jail administrators agreed to take account of the 32 days of trustee credit he'd earned while working kitchen shifts on a bench warrant in Williamson County. The release cuts Reposa's 180-day sentence for contempt of court down to 68 days, and brings a degree of closure to one of the oddest and more convoluted legal scenarios to play out locally over the past year.

Reposa's attorneys initially believed that Davis' Monday signing meant their client would get released on Monday, but Travis County Jail administrator Wes Priddy declined to consider Reposa's credits for trustee status, as Williamson County officials had yet to actually deliver any documentation certifying Reposa's work. That info came in to Sheriff Sally Hernandez on Tuesday afternoon, and on Wednesday Reposa was informed he'd served his sentence. We expect him to be raising hell in no time. 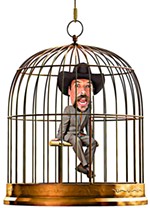 Relief for Reposa?
Could the bombastic attorney’s jail sentence get cut in half? 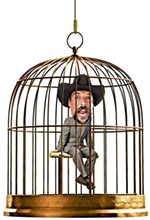 Reposa’s Reroute
If you can’t beat ’em, run against ’em