Singer-songwriter on his days burning down Burger King In my late 30s, I burned a lot of bridges. I had a reputation of not showing up, or worse, I would show up. Then I got clean and sober.

My last real day job was probably back in my 40s, and I had a gig shagging cars – driving BMWs down to San Antonio and Mercedes to Atlanta. Then I would go out with [my wife] Judy and actually repo cars. I only did that a couple times, but I didn't care for it. That was probably the last job I did.

The worst day job I ever had was when I was 16 and got a job at Burger King in Dallas. They had those burger patties with paper between them, and my first day I was supposed to put the burgers on the grill. Well, nobody told me to take the papers off, so I sent about four of these patties through the grill with the papers still on them, and this huge fire just shot up and everybody panicked.

So I lost my status up front and got put to work in the back cleaning the grease pits and scraping grease off of pans. That lasted about a week.

Ray Wylie's 17th LP is out now, Tell the Devil I’m Gettin’ There as Fast as I Can. 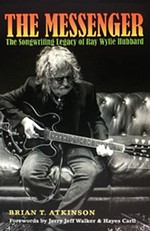 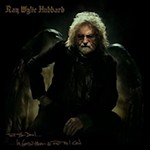