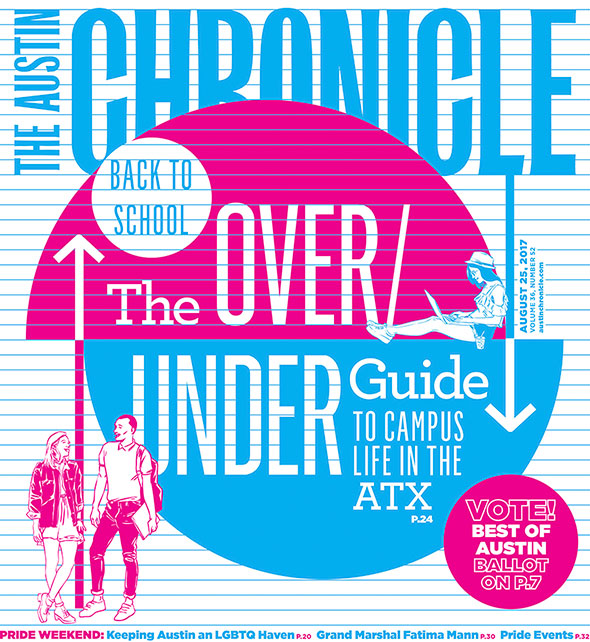 pdf
ON THE COVER:
Over 100 Things to Do This Fall
features

THE OVER/UNDER GUIDE TO CAMPUS LIFE IN THE ATX

Over 100 Things to Do This Fall

You’re young, scrappy, and hungry. A Hamilton will get you far.

Best Clubs for the Under-21 Crowd

No ID? No problem.

Fun in the Sun: Outdoor Activities in Austin

Where to hike, bike, and wade into cool water

How to Talk Like a Local in Under a Minute

Your pronunciation guide to Austin

Tales From a Former R.A.

On being a semi-pro buzzkill

Back to School Central

Protecting the LGBTQ Community When the State Attacks

From the bathroom bill to marriage equality, can Austin fight back?

On a happy day, too many others endure criminal injustice

Quote of the Week: Greg Fenves

The president of UT on the fate of Confederate statues

The nutcase makes an acquaintance with “Seattle’s finest”

How will campus policing change when the anti-immigrant law goes into effect?

UT’s Key to Being Safe

BY RICHARD WHITTAKER AND MARY TUMA

The Hightower Report: Who’s Left for Trump to Tweet-bomb?

Maybe nobody. Maybe he should get off Twitter altogether.

A classic combination with some extras

How to get your kids to pack their own lunch

Back to school sampler

Singer-songwriter on his days burning down Burger King

An annotated look at the equipment behind the A/V experimentalist

Lukas Nelson is a chip off the ol' Willie

The Sublime Beauty of Kogonada's Columbus

A gorgeous and resonant tale of two loners

In This Corner of the World

The life of a Japanese girl during wartime

A hip-hop star is born in New Jersey

Out of Bounds Comedy Festival 2017

Local Opera Local Artists' We Might Be Struck by Lightning

In this new pastiche chamber opera, LOLA takes us on a bold musical journey

The photographs here fully reveal the artist’s skill with composition and light, but show less of their subjects’ interior life

“Teresa Hubbard/Alexander Birchler: Giant” at the Blanton Museum of Art

The film is good at showing the fate of the film set of Giant, but it leaves open the question of what’s happened to Marfa
columns

Too excited about Pride to let 2017 get me down

Rejection never feels good, even if the other guy looks exactly like you 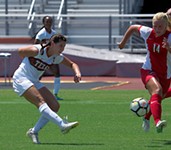