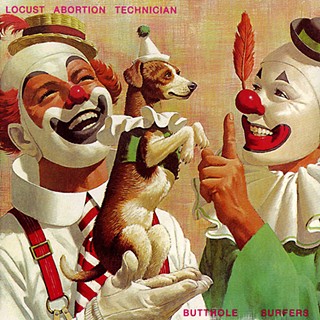 
When I was 16 or 17, I spent hours in my room in the suburbs of Kansas City, guitar and sketch pad in hand, tripping acid and trying not to freak out while getting to know my new adolescent brain to the tune of my record pick. When it comes to punk rock and weirdo music, nobody was as raw, sonically destructive, intensely funny and weird, and gave less of a fuck than the Butthole Surfers.

The first time I put on Locust Abortion Technician and heard the opening line, "If you see your mom this weekend, would you be sure and tell her, 'SATAN, SATAN, SATAN,'" after which they blast into a so-called cover of Black Sabbath's "Sweet Leaf" (also known as "Sweat Loaf"), it was so hellish and strange that my mind struggled to understand what was really going on. By the time I got to my favorite track, "Kuntz," the sounds of traditional Thai music warped and bent in Paul Leary's delay and I fell in love with it. My vinyl copy was officially gold.

This record didn't just run its 45-60 minutes and go home. This record changed the air of music for me. It changed the way you had to consider songwriting, or not consider it at all.

One major thing about not just this record, but the band in general, is that for better or worse they're in control of your headspace. They own your thoughts. It's impossible to have a decent thought while someone is playing surgery film footage over the top of a band absolutely destroying their instruments as frontman Gibby Haynes blasts blank shotgun shells into the front row.

On Locust Abortion Technician, the Butthole Surfers were going to dictate how you felt for the next 45 minutes. And to see inside the minds of these people for even a short glimpse might send the average human running. It took endurance to listen, but the payoff was great. You got a new set of rules.

Think No Think’s debut Silent City controls its own headspace. 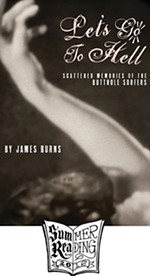 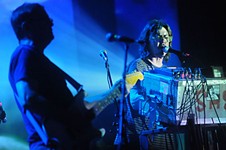 Off the Record
Recounting the first decade of the Austin City Limits Music Festival, one year at a time