Every year, Austin's film festival highlight some of the best up-and-coming filmmakers. And every year, there are still some titles that we're up for, but are still coming. Here's 10 of the films we can't wait for you to see in 2020. 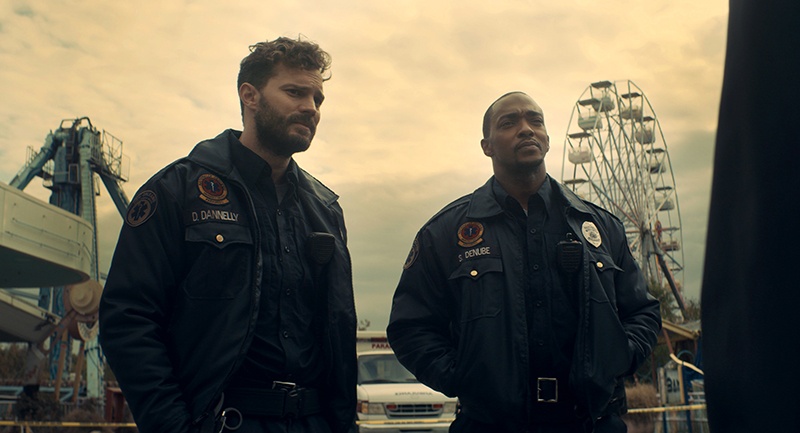 Aaron Benson and Justin Moorhead vault from supercool indie weirdness like Spring to an A-list mindbender with The Fall's Jamie Dornan and Marvel's Falcon himself, Anthony Mackie, as a pair of New Orleans EMTs dealing with a new, addictive and deadly drug that doesn't just alter the user's perception of reality, but their place in it. The high genre concept is matched by the duo's friendship and a quiet meditation on death, family, and the transient nature of life. (Read our interview with Benson and Moorhead, "Aaron Moorhead and Justin Benson are Synchronic," Sept. 19.)

Odds you'll get to see it: Excellent. Synchronic is set for a 2020 release in the US through Well Go.

Screened at: Other Worlds 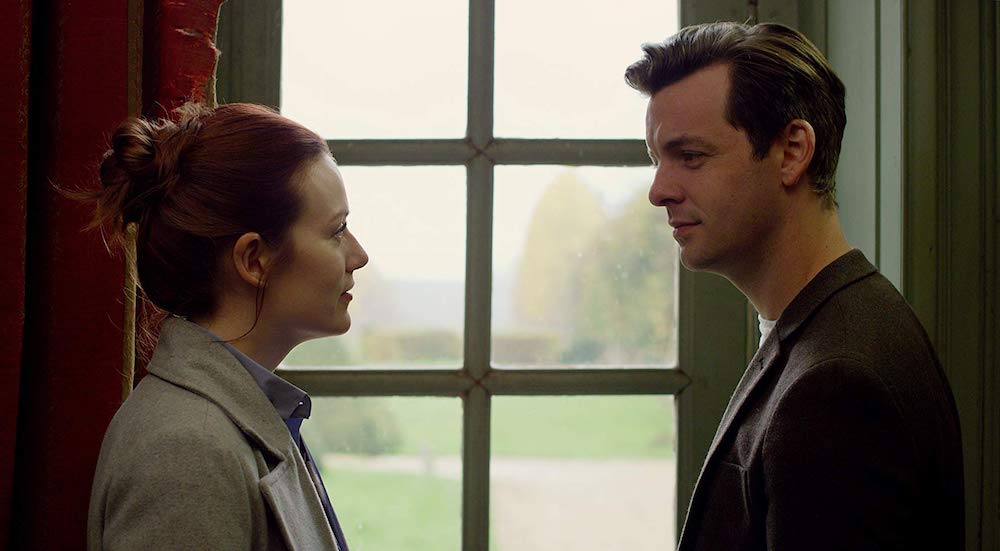 It's rare to use the term "exquisite" about any film, never mind one based on a 17th century pop science book about the world-changing concept of the heliocentric universe. Yet Oliver Krimpas takes this unlikely source material and turns it into a charming, witty romance across dimensions between a couple (Gethin Anthony and Cara Theobold), with the audience filling in details about the heart of their relationship between worlds (read our interview with writer Jonathan Kiefer here).

Odds you'll get to see it: No solid word on a release yet, but this delicate construct, assembled with all the intricate internal beauty of a gold and brass fob watch, deserves a home.

3) The Vast of Night

Once in a while there's a blow-you-away debut that no one sees coming, and Andrew Patterson's tale of one night in small town 1950s America seemed like the least likely contender. But this daring micro-budget indie is immersive and enthralling, a night at a sock hop that becomes a conspiracy theory thriller at the height of the UFO craze (read our interview with director Andrew Patterson, "Gazing Into The Vast of Night," Sept. 24).

Odds you'll get to see it: Amazon swooped in and acquired this period wonder, and you'll get a chance to see it (including that tracking shot) on Jan. 26.

4) The Killing of Kenneth Chamberlain

We all know about wrongful police shootings, and we're outraged, and yet we've also become dangerously numb to them. Yet even the term "wrongful death" takes away from the fact that someone died because a cop fired a gun. There's no emotional distance afforded in this claustrophobic retelling of the 2011 killing in his own house of Kenneth Chamberlain Sr., a retired Marine veteran with mental health issues. There's no way to ignore the escalation as an accidental call to a medical assistance line lead to a fully-fledged police raid on his apartment. Director David Midell never breaks his hold on your attention, while veteran character actor Frankie Faison delivers a career-best performance as a man caught in an all-too-real nightmare.

Odds you'll get to see it: No word yet for this enthralling, enraging and timely drama.

5) Color Out of Space

H.P. Lovecraft adaptations are a little like Steampunk and the overuse of cogs: too many people think that you just need to stick some tentacles on it and voila! Lovecraftian! They often evade the sheer weirdness, the perversion of body and spirit that pervades his work. Of course Richard Stanley (Hardware) would emphasize that uncanny vibration in his adaptation of the author's 1927 short story "The Colour Out of Space," where the alien invaders are not space octopuses but a light that rewrites DNA and minds. And of course he'd realize that Nic Cage was the doomed hero the story needed (read our interview with the director, "Richard Stanley Sees the Color Out of Space," Sept. 19).

Odds you'll get to see it: Excellent. Color Out of Space is scheduled for release by RLJE Films on Jan. 24.

6) The Deeper You Dig

How is a home movie made by two parents and their kids so good? That's no knock on the Adamses, but their supernatural thriller stunningly blends together elements of grief and terror on a budget that wouldn't cover lunch for a day on 6 Underground (read our Fantastic Fest review here).

Odds you'll get to see it: No news yet, which is a massive shame. Someone needs to step up on this one.

If ghosts are merely the spirits of dead people, wouldn't that also mean that, like people, they would be slightly rubbish? That's the wonderful joke underlying Extra Ordinary, the story of a small-town exorcist (Maeve Higgins) who has to encourage unwilling spirits to, you know, shuffle off, if that's not too much a bother. Look for an unrecognizable Will Forte as a faded rock star, and a hysterical performance by Barry Ward as affable and unfortunately-named widower Martin Martin (read our interview with the star, "Maeve Higgins Makes SXSW Ghost Comedy More Than Extra Ordinary," March 10).

Odds you'll get to see it: Look for a limited release this March.

Ryan Spindell's Austin-shot short "The Babysitter Murders" was an all-time fave at Fantastic Fest 2015, and now he's built it into this delightfully creepy anthology about a funeral director in a remote North-Western town (the inimitable Clancy Brown) who knows that the dead can't only speak but have great gruesome stories to tell. The end result is arguably one of the best portmanteau movies since Trick'r Treat resurrected the genre (read our interview with writer/director Spindell, Every Body Has a Story in The Mortuary Collection," Sept. 21).

Odds you'll get to see it: No definitive word on a deal yet, but a feature this much fun can't stay buried for long.

Omotenashi is a Japanese word that defies absolute translation: in fact, its inherent message that celebrates emotion immediacy over intellectual detail is a core element of Omotenashi, a delightful and bitter-sweet comedy about three 20-somethings brought together to renovate and reopen a small historic inn or ryokan. Think about it as a counterpart to The Farewell in its delicate and heartwarming depiction of what it is to belong - plus fans of scriptwriting should deconstruct its elegant and always meaningful switches between English, Japanese, and Taiwanese (read our review here).

Odds you'll get to see it: Two years out from its original release in Taiwan, it seems like a long shot that it will get a US release but here's hoping.

Screened at: Other Worlds

Odds you'll get to see it: No word on distribution yet, which is more ridiculous than this charming wonder.

VFW: This was the year of Joe Begos as the underground star got rave reviews for his sleazy art-horror Bliss (which is already out) and his upcoming splatterpunk revival VFW, which hits screens via RLJE on Feb. 14. Happy Valentine's Day, everyone! (Read our interview with the director, "A Double Blast of Begos," Sept. 19.)

Scare Package The second anthology horror in this list is home grown in Austin: But unlike The Mortuary Collection it's a celebration of multiple directors, including Emily Hagins, Noah Segan, and Baron Vaughn - plus watch for a breakout success segment from Chris McInroy before his debut feature, Expect release news really soon (Read our interview with producer and segment director Aaron B. Koontz, "Delivering a Scare Package," Dec. 6)

Now let's look at what happened with some of our favorites from the 2018 festival faves list:

1) One Cut of the Dead: This meta-comedy about life in the indie filmmaking trenches got a surprise limited release this year, and is now streaming on Shudder (read our review).

2) I'll Take Your Dead: Canada's Black Fawn studio knocked it out of the park again with this dark tale that's half-crime drama, half-supernatural thriller, and available on DVD from Shout Factory and VOD now.

3) Starfish: After a limited theatrical release, this elegiac end-of-the-world story of death and loss is now on VOD and DVD (Read our four-star review and our interview with writer/director AT White, "Starfish Clings to Grief").

4) The Dead Center: Any sighting of lo-fi sci-fi king Shane Carruth is always worth a look, and he's captivating in this story of a doctor facing death and what lies beyond. Watch it on VOD, or pick up the Blu-ray or DVD from genre experts Arrow Films.

6) Ladyworld: This controversial and cutting examination of the cruelty of young women (hey, it ain't all Booksmart, people!) mercifully got a DVD release from Cleopatra and is on VOD now. Definitely catch this smart and profoundly feminist movie that doesn't sugarcoat adolescence one bit (read our interview with writer/director Amanda Kramer, "Friendship and Spite").

7) The Standoff at Sparrow Creek: Another controversial title, this time taking on the paranoia and play-acting within the armed militia movement, is on VOD now, and Blu-ray and DVD from Image Entertainment (read our interview with director Henry Dunham, Alone Again, Unnaturally").

8) "The Heights": OK, this one was a bit of a cheat because it was already streaming on shortoftheweek.com when we wrote last year's list, but we're still hoping that creative duo Henry Proegler and Ryan Booth get their feature version of this look at life on the edges of stardom made.

9) Ghost Light: This delightful and cunning supernatural stage spoof about a production of the Scottish Play gone awry snagged an unexpected theatrical run and is on VOD and DVD from Giant Interactive now (read our review).

10) Also Starring Austin: Mike Blizzard's definitive history of filmmaking in the ATX doesn't have a full release yet, but seems like a welcome fixture in special screenings around here (read our interview with director Mike Blizzard).