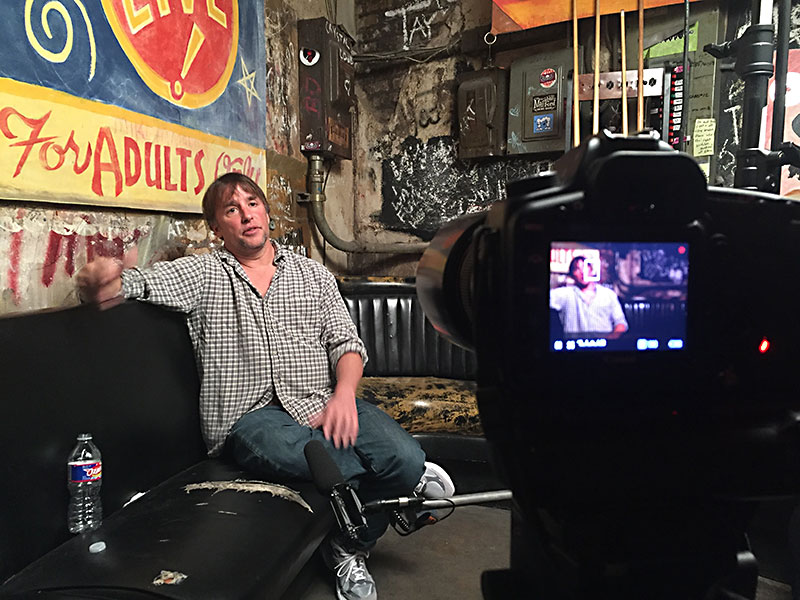 What was the first movie shot in Austin? It's a question most probably couldn't answer, according to longtime Austinite Mike Blizzard. "I think a plurality would probably say Slacker or Dazed and Confused, [but] there was a long filmmaking period in Austin before those films." Blizzard, a self-proclaimed former slacker, reveals the real answer at the onset of his documentary Also Starring Austin, which makes its hometown debut at Austin Film Festival this week. But the film's A-to-Z of Austin-shot content is more concerned with a progression of culture than the city's greatest hits.

Blizzard's project could have been susceptible to the dreaded hagiography by romanticizing a city ingrained within his persona. Spawned from a retrospective screening for the Meat Loaf-led film Roadie, he intuitively found a piece of a puzzle that needed to be assembled. "You could just feel the audience leaning forward and collectively wanting to press pause to see what Austin was like during that time."

Hopping chronologically between productions ranging from horror maestro Tobe Hooper's wandering debut Eggshells to more recent titles like Boyhood, Chef, and Loves Her Gun, Blizzard's film explores an Austin that radically shifts depending on the filmmaker's perspective. Hooper's pre-Slacker characters don't coalesce with the Ellen Page-fronted Roller Derby squad of Drew Barrymore's directorial feature Whip It, but the transition for its backdrop is pointedly understood under Blizzard's guiding hand.

This assemblage of Austin cinema notes a palpable texture that can be shaped in any which way, providing a clear-cut opportunity for the shaping of images and ideas. "Having all of those different looks within a 30-mile radius has been a huge factor in the success of Austin as a filming location."

Absent of the vast skyscrapers of New York and sprawling mecca that is Los Angeles, the inherent appeal for planting a camera in this city becomes clear as the documentary unfolds: Culture, not structures, often dictates Austin's cinema. The local sensibility breathes life into a cinema that doesn't feel possible elsewhere. Blizzard said, "It wasn't just about the dramatic change in architecture. There was something else going on here. These films really documented Austin's culture." It's a culture worn on its sleeve, one that remains today in the post-indie-boom of the Nineties (a period Blizzard describes as beginning with Slacker and more or less ending with Office Space), with works like Song to Song still trying to mine some meaning from this ever-growing community.

There's a different Austin for everyone, and Blizzard's film is about the quintessential space for each person, understanding why they romanticize a setting long gone. While he doesn't align with the nostalgic sentimentality some carry, he said, "There's no question that the city is, to some degree, a victim of its own success. You see that in the movies being made today. In the early days, you would have had an empty road just outside of town and you could find that same scene in Blood Simple. Go try to find an empty road just outside of town today. It doesn't exist."