How his mother's love and death shaped his Lovecraft adaptation 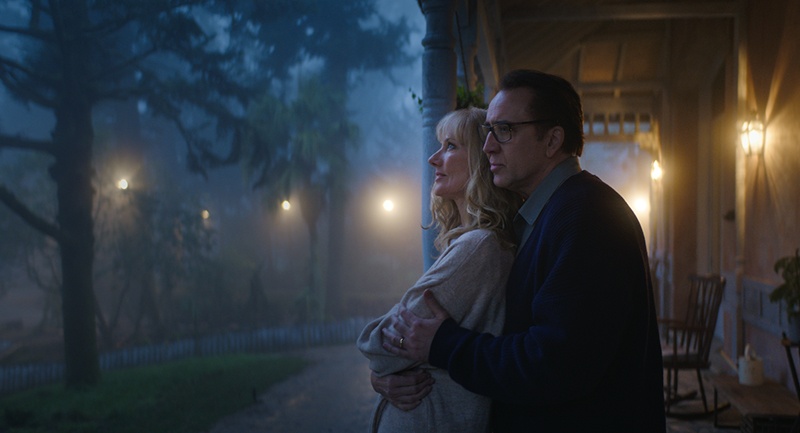 Joely Richardson and Nicolas Cage in Color Out of Space, Richard Stanley's adaptation of the H.P. Lovecraft classic

If there's a simple message in H.P. Lovecraft, it's that the universe is utterly amoral, and humanity is no more important than sand or the eternal void. It's not chaos: it's order, just one that does not place people on some pedestal. That's a narrative Richard Stanley applied in making Color Out of Space.

It's been 27 years since Stanley's last completed narrative film, the subversive and deeply pagan Dust Devil. His career capsized by the Hollywood interference around The Island of Dr. Moreau (as captured in crystal detail by the 2015 FF documentary Lost Soul: The Doomed Journey of Richard Stanley's Island of Dr. Moreau) Stanley finally returns with what may be the perfect project for him: an adaptation of Lovecraft's 1927 short story "The Color Out of Space."

Perfect, because while Lovecraft has become the subject of wide criticism for his paranoiac racism, he changed Western science fiction forever. There was no god in the heavens in his universe, just pulsating forces and beings scarcely recognizable as alive – a perfect fit for Stanley, who once hired a real warlock for one of his films. "I'm an out-and-out pagan," he said. "I like to think I'm doing the Old Ones a little bit of a service by opening the door for them a little bit more. If our little movie goes over the transom and does well, I'm hoping it'll page the way for more movies, because I would have loved to have seen Guillermo del Toro's At the Mountains of Madness, I would have loved to have seen James Wan's Call of Cthulhu."

The 27 year gap between large productions hasn't slowed the director, who has been more than busy with more esoteric projects, including occult documentaries, music videos, and art projects. But getting back on set, he said, "It turned out very rapidly in the preproduction process and certainly once we started shooting it turned out I had some kind of director software hardwired into my brain. I wasn't sleeping very much, but from a very early stage some other part of me kept telling me what to do."

With the film complete, and headed to Fantastic Fest this weekend for its U.S. premiere, Stanley is having somewhat of a last laugh at those that considered a lost soul of cinema - and he's happy to have one at his own expense. As the festival circuit calls, he said, "The ability to function without sleep is ultimately more important for one's ability to survive in the film industry than either intelligence or talent."

Austin Chronicle: Lovecraft has become ubiquitous, but what was it that attracted you to "The Color Out of Space," and finding a way to crack the narrative and themes that is truly Lovecraftian, not just sticking a tentacle on everything?

Richard Stanley: Lovecraft, in all of his work, was essentially about trying to evoke the mood of cosmic horror, of cosmosism, of mankind's terrible position in the universe. Sure, we've got tentacles too, but the issue throughout was to get to the existential issues, and the sheer futility of humanity - and to try and open up up a dialogue between that and whatever residual humanity was left in the characters. I'm not quite ready to cave in to Lovecraft's dark nihilism.

For me, it started because me mother was a huge Lovecraft fan. H.P. Lovecraft was here favorite author, and she read to me from his works when I was a young child, probably about eight or nine, starting me on some of his lighter material like "The Dream-Quest of Unknown Kadath." I read "The Color Out of Space" when I was about 12 or 13, so it's always been a part of my psychological makeup and that came full circle when my mum [anthropologist Penny Miller] died of cancer. She had a very long, lingering death. She was super tough, so it took about 10 years for the condition to kill her.

In her declining years, one of the few things I could do to keep her happy and keep things running was to read her from the works of H.P. Lovecraft. So "Color Out of Space" kind of bracketed the whole experience. She read it to me when I was a kid, and it was one of the last things I was left with when she was on her way out. So making the movie was a way of joining all those dots. 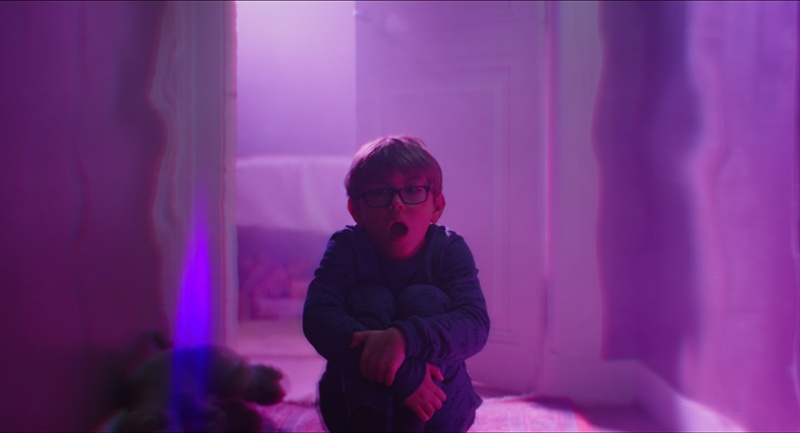 "I think that with global warming, climate change, and the Trump administration, we're in an age when those issues are closer to the surface, and I do find Lovecraft's works more popular and cogent right now than it has been ever before." Richard Stanley on the cosmic doom facing the younger generation (as represented by Julian Hilliard) in Color Out of Space.

RS: There's never a happy ending. That's why there's not many adaptations of the source material: it would be a complete betrayal to have a positive outcome. There's no way that things can end well for the Gardener family in Color Out of Space because Lovecraft's protagonists usually die, and if they survive they either go hopelessly insane or end up as burned-out, wasted husks of their former selves. You couldn't describe that as a positive arc, in Hollywood terms.

And generally, when you're trying to cast a movie, you need a star to put a budget together, and stars usually requite a positive arc or a positive growth in their characterization. To say that you've got to play a character who's going to lose their family, be hideously mutilated and go mad and die, makes it quite hard to set up.

AC: What was the key to cracking the adaptation?

RS: I needed to make it relevant to contemporary issues. While there's going to be humor in there, it's going to be something you should never really laugh at. You can laugh with it, but the ultimate threat, the thing from the outside, is something that's so implacable and awful that I knew I had to make it relevant. I knew I couldn't keep it in the 1920s, that it had to repositioned into the 21st century in a way that would represent a clear and present danger for the younger generation, and the generations to come.

I think that with global warming, climate change, and the Trump administration, we're in an age when those issues are closer to the surface, and I do find Lovecraft's works more popular and cogent right now than it has been ever before.

AC: He always had that idea that humanity is a brief tenant of the universe, and it will clock on with or without us there. That's rarely felt more relevant, with the Bahamas basically disappearing under water for a few days recently.

RS: I think it's also coupled with the loss of faith in the idea of an all-wise, all-kind, benevolent creator god who's looking after us. Only very few folks are buying into that notion that a: there is a god and b: if there is a god that it's one that is necessarily aware of us, or in any ways friendly to us.

Another aspect is that Lovecraft deals with concepts of ultra-dimensional entities, of consciousness and reality that we're only now able to scratch into due to quantum mechanics and string theory, through simulation theory, looking very carefully at what space-time is actually made out of. That creeping sensation that, in fact, we know very, very little about the reality we inhabit, and the sense that there could be other worlds and other paradigms existing even in the same geographic space, but simply on a different frequency, is pretty contemporary. He managed to get to a lot of that stuff long before anyone imagined it.

AC: And there's something perfect about having Nicolas Cage in this, because he's an actor who embraces an environment, is truly prepared to live in it, and is unafraid of any aspect of performance, whether it's physical or emotional, or making the uncanny seem real.

RS: He's not afraid creepy or unsympathetic as well. Nic's got a latent horror movie star look, and it's a joy see him unleash on material that's dark. ... It's a very long way away from the perception of him as an action hero or a romantic lead. I wanted him to play a weak, flawed individual who is utterly incapable of dealing with the momentous problem that they've got on the farm, and I think Nic portrays the character's descent into madness really well. He brings so much energy and nuance to the part that when one's able to focus that and structure that into a character that is as edgy as the one he plays in Color, it's an absolute joy to behold. He's our lead man, but he's certainly not the hero of the movie.