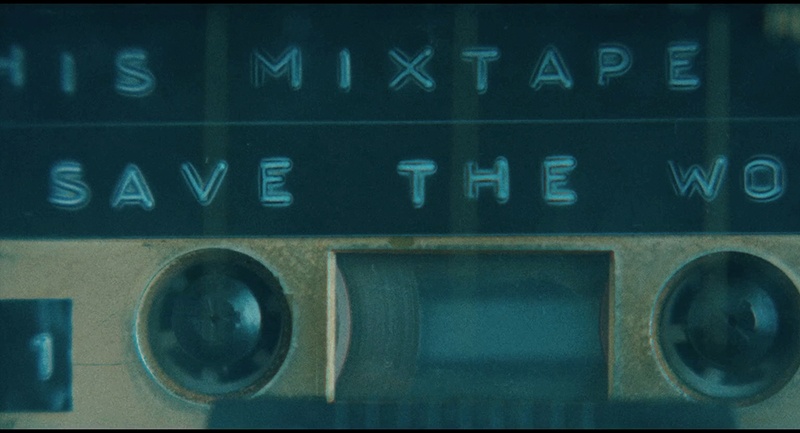 This is mourning: Starfish sends messages of grieving through its mixtapes.

Every film is somewhat intimate to the filmmaker: A.T. White, the writer and director of enigmatic and uncanny drama Starfish, is explicit and open that his film is a work of both art and therapy, one that spins out of the turmoil of loss.

White (probably equally known as a filmmaker and a member of British band Ghostlight) saw two pivotal events as precursors to him writing the script. First, his divorce, which he leaves to one side in talking about the film. "That's not really my place to talk about it," he said, "because that's somewhere where there's two people who can discuss that, and I don't think it's fair that artists get to discuss their side in public."

The second was the death of a close friend. "I found out from a phone call," he said. "I was talking to her every day, and then she just stopped talking to me. Her fiancee rang me up – it was about four days after it happened and I had no idea – and it was something about having absolutely no idea about it, even though you knew it was probably inevitable with what she had, and I couldn't process it very."

He had no intention of doing anything with that draft, which he called "just too depressing. ... It was just, I have to get something out, and I normally I would write music, and I for sure wrote some songs about it, but I had more to say about it."

The process of turning it into a finalized feature was almost accidental: He was working on another film project, but the financing would not cover its scale. "The producers were trying to convince me, you can't make this movie with the money we have. Do you have anything cheaper? So I said, 'There's a film I've written where she never leaves her apartment.' 'Well, that sounds cheap.'"

However, the film has evolved dramatically, for a one-room drama to a cosmically-tinged meditation on loss, as Aubrey (Virginia Gardner) trying to process the unexpected death of her close friend Grace (Christina Masterson), and finding that there's more to the mix tapes she left behind than just some songs. And just as the script has changed from that bleak first draft, so White's relationship with it has evolved. "As time goes by, you grieve in different ways. So now, I'm in a very different place. When I wrote the score, I was in a very different place. You come back to the project, and push it in slightly different ways throughout that process that goes on for three years. And now I'm in kind of a strange place where I want to leave it behind because it's too raw."

Austin Chronicle: I've talked with grief counselors who've said that there's not really stages of grief, but instead those five aspects are always there in the mix, it's just the sometimes some parts of the bandwidth are louder than others. What made you keep needing to come back to this as a way of processing everything?

A.T. White: In all honesty, it was the guilt. I felt it was what I needed to do, to dedicate time to try to make up for not being there when it actually happened. I've spent the last few days walking around here, constantly trying to feel when she'd be laughing at me, when she'd be proud, when she'd be ashamed.

“The tapes represent the different stages of grief, and how people want to get with their lives. We want to box things away to process it, and I think that’s very unhealthy.”
ATW: Honestly, I'm terrified when people who know her watch it. Because I tried to write it so it was private to just me and her, so that hopefully people wouldn't watch it and go, that's not something she would say, or that's not how she would have been. Most of the dialog that isn't to do with the fantastical elements is exact verbatim from things she said, or things people around me said at the funeral. I think just that sense of guilt just pushed me to try and find the shape of a movie from it, which definitely was tough, and i wouldn't do again that way. The other script I have, I would prefer to have a solid base and put the other stuff into that, while this definitely started as a mess trying to pull it together, going, 'OK, what are we actually discussing? What are you trying to say"

And what you said about the stages of grief, that's exactly what I was trying to discuss. The tapes represent the different stages of grief, and how people want to get with their lives. We want to box things away to process it, and I think that's very unhealthy. There's another film I'm writing right now about whether happiness is a poisonous word, and if we can stop trying to be happy, and accept joy and sadness as one whole thing, whether we'll live better lives. But people expect you to be happy. 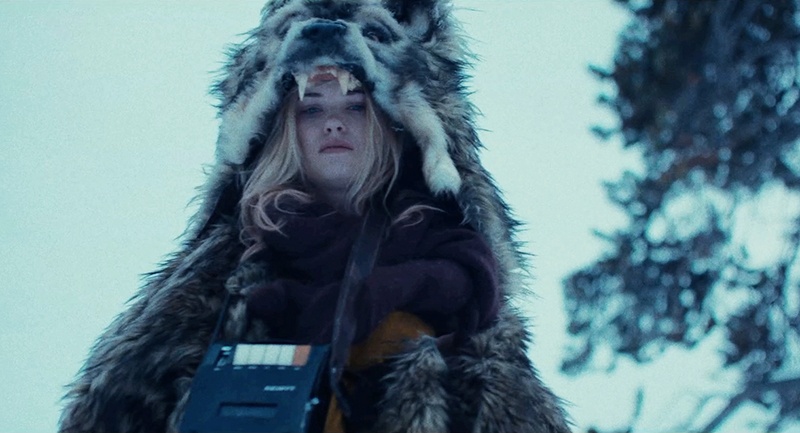 Grieving at the end of the world: Virginia Gardner as Aubrey in Starfish.

AC: How did the basic idea of mixing this personal experience with the genre components come about, and how did you balance that with the musical aspects?

ATW: I'm always interested in writing drama with a little bit of magic. I don't like going into genre most of the time, but just treading a foot in there. I don't know whether it's the easiest or the most flexible form of cinema to talk about very personal things, because you can get very visual. You can put pretty much anything you want on screen that you want to talk about.

With the music, to be honest, I always write like that. I think of an idea, and then I get into a character's head, and then I make a playlist of the music they would be listening to, and then I listen to it again and again and again while I write the script. My producers and managers I think are always dreading getting a new script from me, because it comes literally with a zip file of songs, and then throughout their script it'll say, 'Here's where you play this song, here's where you play this song.' In this film, obviously, that became literally injected into the movie, because my friend gave me a lot of mix CDs – not tapes.

AC: The directors of Kin communicated a lot of what they wanted to achieve to their scriptwriter through a 13 hour playlist.

ATW: Now I feel a lot less bad about my 30 minute ones.

AC: The tapes that Grace leaves behind are so pivotal to the narrative. What's the process for constructing them, and getting the right songs?

ATW: In all honesty, it's really fucking hard, because with my first feature I want to promote the songs that I love, and the bands that I love, and I love a lot of weird bands – although it's been strange being [at Fantastic Fest] because people have been coming up to me and saying, oh, I love that band.

They're ones that I've met, ones that I've been lucky enough to tour with, and ones that I've admired for a long, long time. I was worried, to be honest, that the soundtrack would be too weird, or too old fashioned for people, but I just had to go with the stuff that I love. And the problem is finding lyrics that mean something to the scene, but aren't too on the nose, which I find very difficult.

For a full review of Starfish, transport yourself over to our Showtimes page.