Japanese/Taiwanese family story is a glimpse into tradition 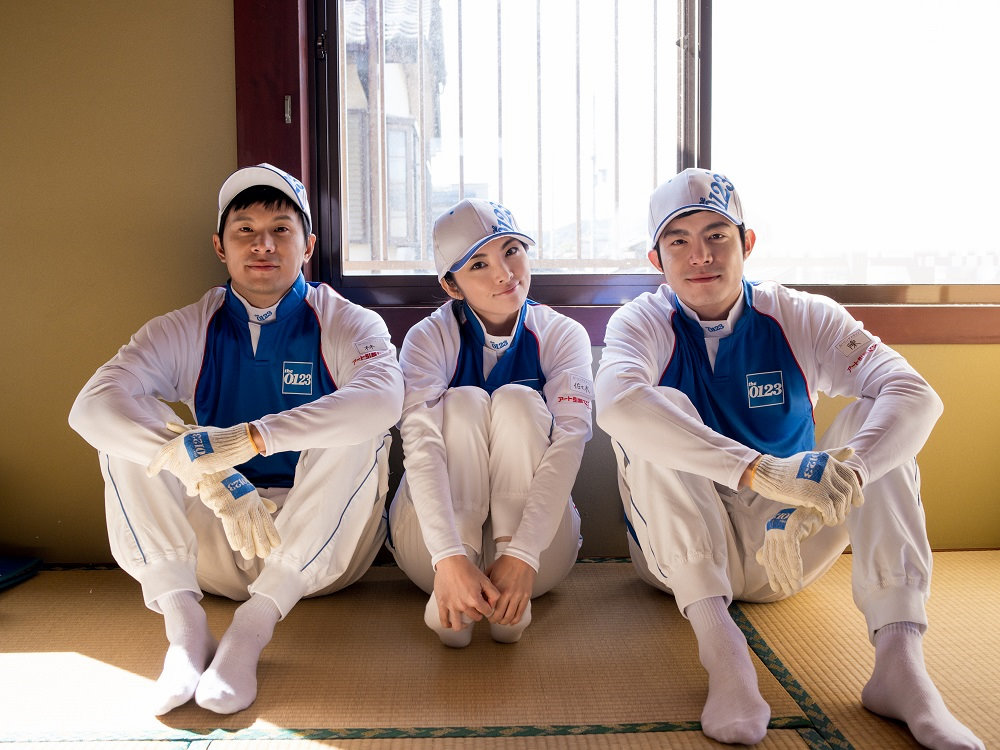 There's a concept in Japanese culture: Omotenashi, an idea that goes beyond mere customer service and is more about understanding the needs and wants of a guest. More than understanding - gaining contentment from their fulfillment.

It's a concept that is given form in the ryokan, the traditional Japanese inns where the world truly seems to stop at the door. The Blue Moon ryokan, just outside of Kyoto, is part of that tradition even if it's fallen on hard times. That's why Taiwanese businessman Jacky (Edison Wang) is baffled his father, Charlie (Yang Lieh) has brought it, beyond being old college friends with the late owner and his wife, Mitsuko (Kimiko Yo), but he agrees to head up the renovation. There he meets Mitsuko's daugher, Rika (Rena Tanaka), and another Taiwanese ex-pat, Bohao (Yao Chun-Yao), a full-fledged otaku in love with Japanese culture and with a dream of setting up his own ryokan in Taiwan.

In Jay Chern's new feature as a writer/director, every character is searching for something that the ryokan can give them. In Jacky's arrival and slow emotional awakening in Japan, there's a hint of another fish-out-of-water gentle drama, delightful 1983 Scottish excursion Local Hero (a sense re-enforced by a score that seems to hint at Mark Knopfler's work for Bill Forsyth's northern joy).

Yet Chern is most solidly in the lineage of Yasujirô Ozu (even noting at Sunday's post-screening Q&A at Austin Asian American Film Festival that he'd managed to cast an Ozu veteran, Kyôko Kagawa, in a small part as another ryokan owner). Omotenashi is really about family and belonging – two of Ozu's most potent themes – as well as the impermanence of life. There's no huge drama, rather gentle tensions and a deep, overriding compassion that's saved from becoming maudlin through some observational comedy, much of it coming from Lu Hsueh-Feng as Bohao's cheerfully supportive mother, Tiffany

Part of that humor is derived from her obliviousness about what's going on around her – not from any cartoony dimwittedness, but because the script by Chern and Mami Sunada (writer/director of the excellent Studio Ghibli documentary The Kingdom of Dreams and Madness) plays with language. Taiwan and Japan are neighbors, with some of the outer islands of Okinawa far closer to Taipei than they are to Tokyo, but they are also different countries with different cultures and languages. It's a deliberate choice when the dialogue drops from Chinese to Japanese, and occasionally into English, when Jacky is wistful for either his ex-girlfriend Naoko (Mina Fujii) or his lost life running a restaurant in America. It's a particularly smart trick, because the whole point of Omotenashi is that it's about translating a concept that even the Japanese have trouble really defining.

Omotenashi has a sweetness and lyricism that keeps it from ever feeling to heavy or ponderous. Chern also served as his own cinematographer, and his juxtaposition of Kyoto's jumbled streets with the Blue Moon's quiet lakeside beauty implies rather than hammers home the difference. The story's episodic nature – such as a delightful digression as the young trio spend a day shifting furniture – adheres to the idea that omotenashi is more to be understood than explained. Like a stay at a ryokan, this charming film will quietly lift your spirits.