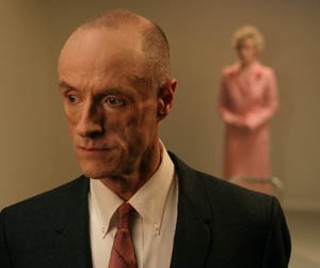 Deadroom is an ominous title, and from this film's initial scene, you might assume you're in for a thriller. The reality is quite the opposite. The title literally describes the movie's concept, which explores what would happen if we could visit the dead regularly, and speak with them as if they were living. The spare, dialogue-driven vignettes that make up the film involve, respectively: a widow and her husband; a young man and a renowned author; two co-workers who barely knew each other; and a fourth pair whose identities aren't revealed until the film's surprising denouement. The bare-bones productions mean that the actors must act as though they were on an empty stage, and they do so powerfully. Deadroom is most remarkable for its screenplay and editing, which combine to hold the viewer's attention despite the film's generally static-feeling visuals. David Lynch fans may also be interested, as Deadroom is Texan and Twin Peaks alumnus Harry Goaz's second film appearance.