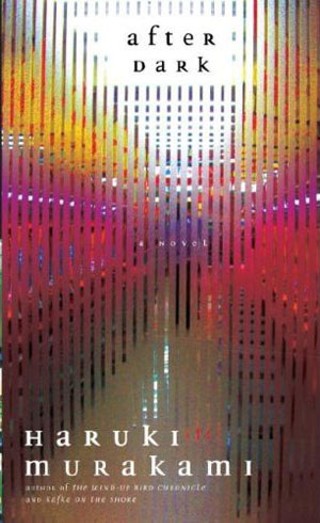 I will cop to this immediately: I wanted, very badly, to like this book. Having been completely taken with so much of Haruki Murakami's fiction – especially the shorter novels Norwegian Wood and Sputnik Sweetheart – I was hoping that After Dark would restore my faith in him, a faith that has been dwindling lately. I feared that not liking it would mark me as a snob irritated by Murakami's ever-increasing success, like a jerky college-radio deejay carrying on about the superiority of a band's early stuff and refusing to give more popular albums a proper listen.

Well. It turns out that all of my anxieties were justified. I closed After Dark thinking, "What the hell is wrong with me?" It's not a terrible book. It is, however, a middling piece of work, which is somehow worse. If Murakami wants me back, he's going to have to put in a little more effort; After Dark is written like a film treatment. The voice is an inclusive "we," defined as an incorporeal point of view and frequently likened to a movie camera. The action takes place on a single night in a seedy Tokyo neighborhood, and each chapter is marked by a clock announcing the time. This cinematic approach is a brave one, but it puts the reader – or at least this reader – at a remove, and the book suffers for it.

We are presented with the stories of Mari and Eri, two sisters. Mari is a nerdish loner, while Eri is an unconscious fashion model. Mari meets a musician at a Denny's and becomes entangled in the events of a local love hotel while her sister sleeps and sleeps. The stories converge in a last gesture of tenderness, and Mari and her new friend have some sweet getting-to-know-you-type conversations. But a lot of the story's details seem like decorative filler. Murakami describes each location and scene as if it has already been constructed but not as if it really exists. It seems at times as though this novel is an adaptation of a film based on a second, possibly better, novel.

The characters, too, seem underdeveloped. In his best work, Murakami gives the sense of each character as being a whole person with a complete life and history. If their details aren't revealed to the reader, we can still be confident in the existence of something beneath the surface, something like the largeness of experience and emotion that make up a person. Not so here. For instance, a love-hotel maid implies that she is running from something so unimaginably terrible it can't be spoken, but I get the impression that this is because Murakami hasn't actually bothered to imagine it.

There are, as with many Murakami novels, mysterious portals, but instead of hinting at another world, they seem to be painted on the wall – or, at best, exits to a soundstage parking lot. There are plenty of special effects, but anyone who's seen the Ringu trilogy or a David Lynch film will recognize the creepy television, the creepy mirrors, the creepy et cetera. Creepiness is one of the book's primary modes, but it never threatens haunting. It is important to establish a trust in your reader, an understanding that you know what's going on in the world you've created – that even if its logic doesn't resemble that of the everyday world, there is a logic. 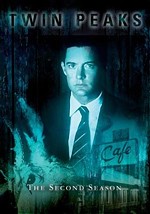