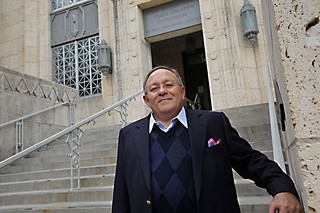 Texas' school finance system is unconstitutional. That was the blunt ruling from Judge John Dietz – the next step in what is likely to be a long and litigious process of fixing school finance ... again.

Dietz delivered his verbal opinion from the bench immediately after closing arguments on Feb. 4. Calling the current system "financially and quantitatively inefficient," Dietz ruled that it violated multiple clauses of the Texas Constitution: It fails to provide equal access to funds between rich and poor districts; it has created a statewide ad valorem tax, by forcing wealthy school districts to raise property taxes to subsidize the "Robin Hood" recapture system; and it is simply underfunded.

The ruling, to be followed by a written opinion, is the sternest and weightiest rebuke so far to the Legislature's decision to reduce education funding by $5.4 billion last session. John Turner, an attorney for plaintiffs the Texas School Coalition, said that Dietz's ruling "confirms what school districts have known all along. State funding has dramatically declined at the same time that academic expectations have dramatically increased."

It seems certain that the state will appeal Dietz's ruling, but that was not confirmed at press time. Attorney General Greg Abbott was too busy hanging out with Ted Nugent before debating gun control on CNN's Piers Morgan Tonight to make a statement after the ruling. He has the option to take the appeal straight to the Texas Supreme Court, but some education advocates are now concerned he may divert the process via the federal Fifth Circuit first.

In any case, Dietz's ruling on underfunding seems likely to have both immediate and long-term legislative impacts. A major overhaul of the system seems unlikely before the appeals – and Gov. Rick Perry is rumored to be reluctant to call a special session until after the 2014 primaries next spring. How­ever, there are still plenty of opportunities for reforms in the current session on issues such as pre-K funding. Right-wing think tank the Texas Public Policy Foundation condemned Dietz for calling for more funding, but said the ruling presented an opportunity to create "a flexible education system" – code words for charters and vouchers.

However, those notions may face a tough time in the House. On Jan. 31, Speaker Joe Straus released the full list of his committee appointments: Public Education is dominated by Republicans supported by the pro-public school Texas Parent PAC, and Demo­crats. In a statement, Texas American Fed­er­ation of Teachers President Linda Bridges wrote, "Today's ruling should spur the Legislature to do what it ought to be doing anyway – using the state's resurgent revenue to restore school funding that was cut severely last session, and reforming the school finance system to satisfy constitutional requirements."