Treading carefully on the budget 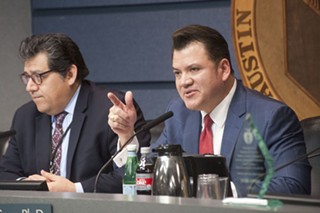 Despite the positive vibes surrounding school finance at the Capitol, Austin ISD is still considering about $30 million in cuts to its operating budget for the 2019-20 school year, as discussed at Monday night's Board of Trustees meeting. Most of that stems from expected vacancies in the next school year ($8 million) and projected enrollment declines ($3.4 million), along with $8.5 million in savings from administrative reworking of how health care is distributed; another $1 million could come from a controversial proposed change to the amount of pay employees receive during extended leave.

But it's not all doom and gloom – AISD looks to offset that belt-tightening with $13 million in new spending to support budget priorities recently adopted by the board. Trustees are determined to make a big push on early childhood literacy (what they refer to as the "Read by Three" initiative), which could include a $2.2 million investment in a curriculum redesign and the hiring of four full-time early literacy specialists and 12 certified academic language therapists who would be tasked with helping students read on grade level by third grade.

The district is also proposing a 1% pay raise for teachers, which Education Austin President Ken Zarifis balked at: "A 1% investment is insulting," the school employee union president told the board. "There's no way we'll sit with 1%." The pay proposal is especially frustrating to Zarifis and the teachers he represents in light of the mandated pay raises that have passed both the House and Senate already this session.

The problem, district officials say, is that the money has not been guaranteed: "I can't put forward a budget where I'm not assured of the funding stream coming into the district," Superintendent Paul Cruz said at the Monday meeting. By law, the board is required to adopt a budget in June – potentially just a few weeks after the legislative session concludes. That means work on the 2019-20 budget will likely be mostly complete before lawmakers send any kind of school finance bill to Gov. Greg Abbott's desk. 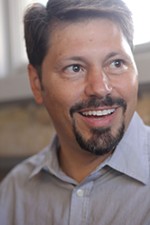