No Sales Tax for Schools

Senate approves its version of school finance, with a few notable changes 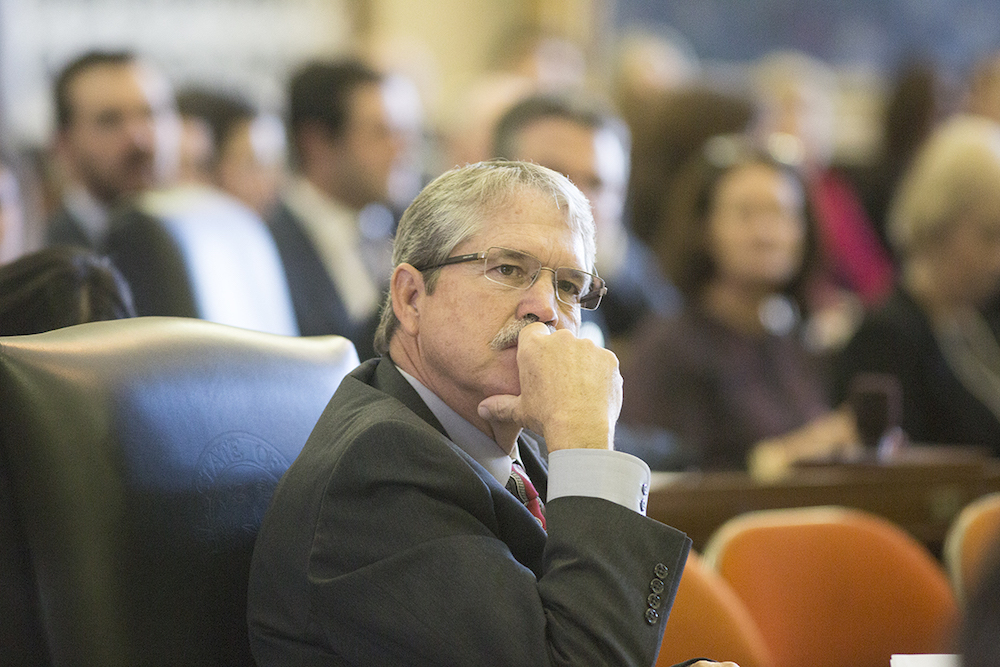 The Senate approved its version of House Bill 3 on school finance legislation Monday, after hours of debate and dozens of amendments that set up clashes with the House – notably on a $5,000 pay raise to teachers and librarians and on tying some school funding to student outcomes. The chambers agree on increased funding for low-income students and students with special needs, and for quality full-day pre-K for the state's low-income students.

The most notable changes, however, came from Senate Education Committee Chair Larry Taylor, R-Friendswood, who dialed back his bill's provisions targeting local school property taxes; an increase to the homestead exemption was scrapped, and the Senate plan's compression of tax rates was lowered to 10 cents (from 15) per $100 valuation. (The House's "Texas Plan" only included a 4-cent reduction.) As both parties showed increasing dissatisfaction with the sales tax swap pitched by state leaders, the Senate instead proposed a new Tax Reduction and Excellence in Education (TREE) Fund (introduced by Sen. Kirk Watson, D-Austin) to fund new school spending. The TREE Fund would include about $2.3 billion from oil and gas severance taxes – diverted before landing in the state's rainy day fund – along with $300 million each in School Land Board investment revenue and online retail sales taxes. Watson noted that the proposal "does not increase any taxes of any kind. ... This is not a new tax, it's a streamlined process for [collecting] sales tax that's already due."

On Tuesday, Taylor's House counterpart, Rep. Dan Huberty, R-Houston, killed his HB 4621 proposal to put the tax swap – which would have raised the state sales tax by one cent – before voters as a constitutional amendment this November. The floor debate in the House included several members criticizing their Senate colleagues – for example, Rep. Ken King, R-Canadian, asked Huberty rhetorically if the Senate's chief tax hawk Paul Bettencourt, R-Houston, "author[ed] one piece of legislation to create sustainable funding for school finance." Eventually, Huberty settled the issue by postponing debate on his bill to Jan. 12, 2021.