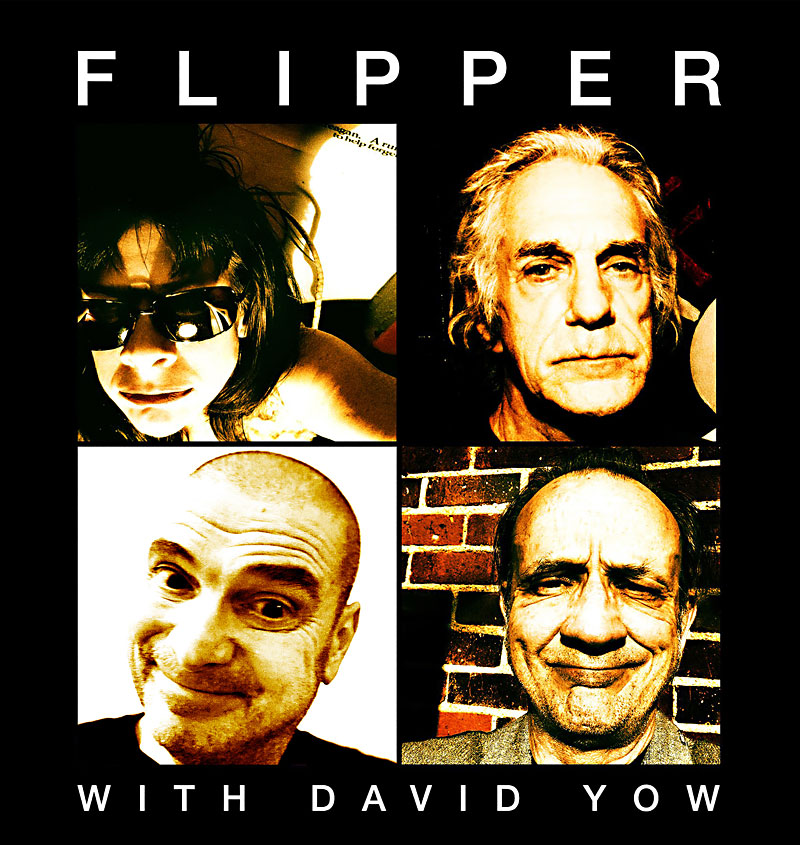 "He comes out of the gate at 100 mph," Flipper drummer and co-founder Steve DePace says of the band's current frontman, Jesus Lizard maniac David Yow. "For him, there's no warming up. He's out in the audience almost instantly: crowd surfing, singing with people, running all over the stage. Our music promotes chaos and, with him, the audience response has been wild."

The influential San Francisco group, whose noisy, crawling, fouled-up sound served both as an unconventional strain of punk and a progenitor of grunge, have remained cult favorites since 1981 when superfan Jello Biafra put their "Ha Ha Ha" as the lead track on Alternative Tentacles' essential Let Them Eat Jellybeans comp. Meanwhile, Flip­per's endured frequent hiatuses since their 1979 formation – notably after singer/bassist Will Shat­ter's 1987 death and via the intermittent spinal maladies of fellow singer/bassist Bruce Loose.

Though they existed as noise-punk contem­po­raries, Flipper never shared a bill with Yow's TJL precursor Scratch Acid, instead playing alongside the Big Boys locally in 1982 at Club Foot and the following year at the Ritz. In '85 at Liberty Lunch, the Butthole Surfers' Gibby Haynes joined the band for iconic single "Sex Bomb." Witnessing Yow guest with Helios Creed's Chrome led DePace to invite the howler onto a 10-show run in 2015, followed by ample touring this year to commem­orate Flipper's 40th anniversary, which has been documented with a forthcoming live album.

"Our shows now are as crazy or more so than they were early on or ever before," admits DePace. "We're kicking ass musically, the energy is high, there's a lot of young kids coming to see us. It's really all come together as a perfect storm."