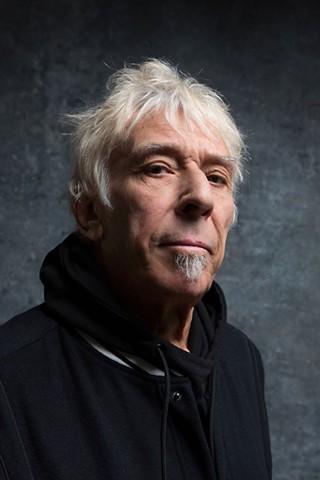 Revered as a founding member of the Velvet Underground, John Cale's solo career – from classical to rock – has proven equally significant. The Welsh native's tendency to shift gears from album to album and even song to song aligns naturally to Levitation's broad, experimental spectrum.

"Perfect opportunity to change the arrangements," Cale says by phone while in an L.A. studio recording. "I worked for a good period of time getting people used to not hearing the songs in the same way. Eventually they all came around expecting something new every time, which is the way I like it."

Despite a formal musical education, Cale always knew his art would unfold in surprising ways. "If you started looking at music the way I did in Wales with the avant-garde, you have this view that there's a lot down the pike that's coming out, and you'd better get ready for it," he notes about his creative restlessness. "You understand that there's a lot of life in this music – that the way you see the future is really through music. In Wales, it's not the land of opportunity. So I made it the land of oppor­tunity, and really jumped on a horse and rode it.

"I knew there were a lot of nooks and crannies to it, and it hasn't let me down yet."

Outside of Levitation and his long friendship with late Chronicle fixture Margaret Moser, Cale's local history goes back to the Armadillo World Headquarters. "It was the Ready for War tour," he says. "'Mercenaries' and that album [Sabotage/Live]. The audience had their fair share of vets, and they'd just come back [from Vietnam]. Going through Oklahoma and Texas on that tour was really something."