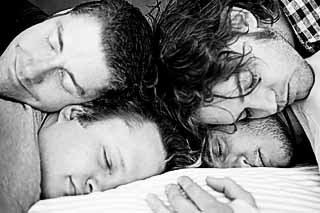 What to Expect: Since last year's bestselling Austin release Superfast was recorded independently on a small budget, Dynamite Hack sees this album as their proper major-label debut.

"We finally have cash and time," says guitarist/singer Mark Morris. "The other records were made so fast because we didn't have any money to spend in the studio developing ideas. We want to spend more time trying to add textures, and give people a little more to listen to than just straight-ahead bar chords."

What's Different?: For starters, it's unlikely there will be another cover of a hip-hop classic. Noting most of the new material comes straight off the road, where the Hack headlined and opened for Weezer, Morris says it's also unlikely this one album will be as pop-punk.

"Based on what we have now, I think this will be a more mellow record," he says. "We all got a little tired of playing simple pop-rock every night. And I think it was a blessing in disguise that 'Boyz-N-the Hood' didn't get as crazy as people thought it would. We don't have to worry about alienating too many people. We're sort of starting from scratch, only we have a little more support than the average band."

Expectations: Morris says he also doesn't believe a slower and moodier album necessarily means it will be any less accessible: "Hopefully the label will see enough of a possibility of record sales to not leave us in limbo, as labels are wont to do. I think if we get a chance, we'll more than deliver."