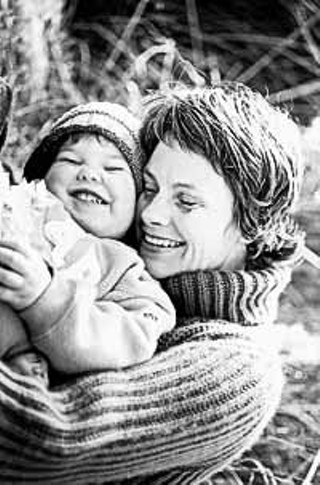 Why the Delay?: Shawn Colvin's last studio album, 1996's A Few Small Repairs, earned Record of the Year and Song of the Year Grammys for "Sunny Came Home." The Austin-based singer-songwriter spent three years on the road, and then another year crafting this record.

"A Few Small Repairs was so easy to make, it seemed like we'd figured something out and I assumed the same system would work," says Colvin. "But now [producer/songwriting partner John] Leventhal and I both have kids and our time management is different. Once we knew it wasn't going to be easy anymore we got into a rhythm, but it never got easy."

Her Assessment: Colvin believes that she and Leventhal have drawn the best out of each song, but is otherwise at a loss to better describe the album. "It's hard to have perspective when you work that long," she says. "Whereas the last record was the first record I could just sit and listen to because it was done so quickly, this one I can't get that kind of perspective on. I have an intuitive sense it will be okay and that I've probably just agonized too much."

Expectations: First single "A Whole New You" was shipped to AAA radio last week, with a pre-release promotional tour and Austin City Limits taping also planned, but Colvin, 45, says she wonders just how much the climate for pop-oriented singer-songwriters has changed.

"I'm realistic about who I am and how old I am in relation to what's popular out there," she says. "At the same time, it's inevitable that you feel the pressure. The precedent has been set that I've had broad appeal, but I never felt like I was hit material. I'd made peace with that. It's still not part of my expectation, but [now] it's part of my experience. Therefore, I want it. It's like a carrot you've had a little taste of."