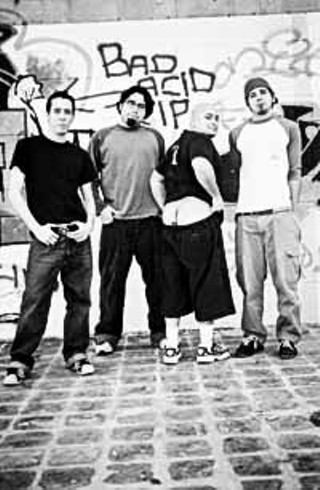 Who?: "It's one of those fairy tale stories," admits frontman Joey Duenas. Last summer, Ünloco guitarist Brian Arthur stood outside Stubb's to have his CD signed by Goldfinger. After getting the autographs, he also passed along a copy of Ünloco's six-song EP. A few weeks later, Duenas got a call from Goldfinger frontman John Feldmann, who asked them to send more songs.

Ünloco didn't realize Feldmann was moonlighting as A&R for Madonna's Maverick label until they were invited to Los Angeles four days later for an audition -- a performance that led to the local metal band recording a song for the Little Nicky soundtrack. The track, "Nothing," was recorded in Chicago with producer Johnny K (Disturbed), which led to a recording contract being offered the following week. Healing was finished six weeks later.

"Our heads are still spinning," Duenas says. "It all happened so fast we really didn't have much time to do anything but wait for phone calls, follow directions, and make the record."

What to Expect: "We're just a metal band," admits Duenas, "but we don't rap like Limp Bizkit, and while we're melodic, we're not Creed either." He adds that the label believes it's got a good shot at breaking a new metal act following Maverick's success with the Deftones.

Where to Find Them: Fielding journalists' inevitable "Have you met Madonna?" questions. "We met her brother Mario," says Duenas. "He's great guy. When I first met him, I didn't notice Ciccone was his last name. Our drummer was like, 'Aren't you related to Madonna?' He told us he was excited Maverick had a really heavy band other than the Deftones. When we left his office, we could hear our shit blasting out of the office. Maybe when Madonna gets back from Scotland ..."