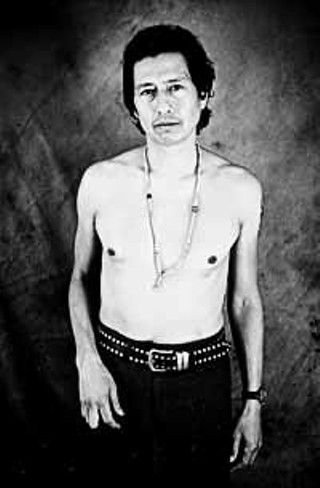 Title: A Man Under the Influence

His Assessment: "It's better. It's greater. It's grander and more profound that any other record I've ever made or you've probably heard in your life," says Escovedo only half-jokingly of his first album of new material in four years, recorded last spring in Mitch Easter's North Carolina studio.

What's Different?: "It's not a real heavy downer record like some of my past records. It's a romantic record, and I don't know that any of mine have been in the past. I also think it's more melodic than a lot of my past records."

Expectations: Escovedo believes that the musician No Depression crowned the Nineties' Artist of the Decade has delivered the Record of This Decade. "It's custom-fit for Top 10 lists," he says with a sly grin. "I'm surprised it didn't make last year's Top 10 lists."

The album's release will kick-start what Escovedo says could be the busiest year of his life. Besides touring, his foray into theatre, By the Hand of the Father, officially opens in the spring, and after a typically high-profile South by Southwest, he'll alternate between club dates and putting on the play in limited runs.

"It's not a real commercial record," he admits. "It's not going to make or break me. It's like all my records -- they tell little stories."