Some faculty members will be returning to UT this semester with plans to educate their university beyond course curricula. The controversial subject they will dissect, complete with petition rhetoric and a real-life economic case study, is "Shared Services."

The Shared Services business model, currently being implemented at select UT colleges as a pilot program, suggests eliminating 500 administrative positions in finance, procurement, human resources, and information technology. A number of these jobs would then be centralized in a "Shared Services Contact Center," where employees are each assigned specific functions instead of serving as a department's jack-of-all-trades. Accord­ing to a draft released by the university, Shared Services could save UT $30-40 million annually after implementation costs are recouped, in its sixth year of operations. Kevin Hegarty, UT's chief financial officer, said the program will also improve the quality of operations and improve the jobs offered to employees who will work in Shared Services centers. But some UT faculty and students are concerned about other implications of the program. Dana Cloud, associate professor of communication studies, said a lack of transparency is one the biggest problems. 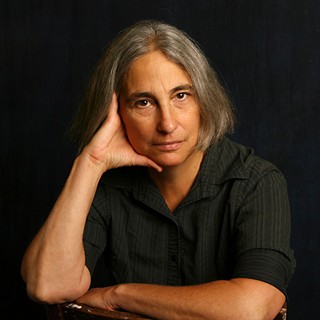 "At first, we were worried about the privatization stuff. Then he announced the rollout in spring [2014] for Shared Services," Cloud said. "But we have not been able to get access to the actual information – the inside plan for Shared Services. How many jobs will it mean? Where is the call center? How will it operate? How many of our dedicated staff will we lose?"

Alberto Martínez, associate professor of history, had similar doubts about numbers in the plan that did not match actual investments; Martínez calculated that the total cost of Shared Services would take four years longer than projected to repay. Hegarty said that the initial numbers should not be considered anything more than estimates – or "weather forecasts." Mar­tínez emphasized a need for specifics. "I think that we all want transparency," he said. "It's not easy for many of us to imagine how you can do better work with 500 less people. It's not easy. Because that's not easy, we want to see the statistics. ... Then you will have a Shared Services Plan." 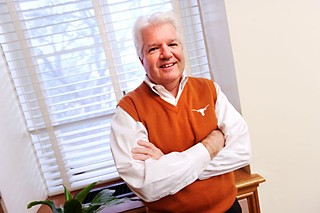 UT faculty complaints also reflect the experience at the University of Michigan, where Shared Services has meant placing gag orders on department chairs and where cost-saving projections were repeatedly revised downward. Hegarty said these concerns are the reason for a pilot program rather than an immediate large-scale implementation. "I've received overwhelming support to move forward with the key pilot," he said. "That's the key difference between here and Michigan. I have six colleges that have stepped up and said, 'Let's volunteer for the pilots. Let's select the pilots and get some real data for the University of Texas.'"

Hegarty also said what some faculty have interpreted as a lack of transparency is in reality a manifestation of nonexistent data. "The information they ask for – we don't have all the information asked to come up with their estimates," he said. "We went back and created as much detail as we felt necessary to feel like those estimates [from the "Smarter Systems for a Greater UT" report] were substantiated. We've been more transparent on this issue than I can possibly imagine. People are just upset that the world is going to change – which it is anyway – and they're looking for some reason to hang their heads."

Hegarty maintained this position in his response to an open records request filed by Emily Mandell of the Texas State Employ­ees Union to view data used to create the Smarter Systems report and plans for reductions in force and outsourcing; Hegarty said he had "identified no responsive documents" for her requests. Docu­ment­ary filmmaker Anne Lewis, a TSEU member and senior lecturer in Radio-Television-Film, said many of her own concerns for the Shared Services program stem from the involvement of the consulting firm Accen­ture, which was involved in the UM project, helped develop the UT plan, and now is providing "project team representatives" on the UT Shared Services Committee. 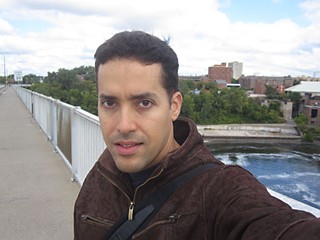 "We should not give up control to companies that are functioning on a for-profit basis to public institutions," Lewis said. "The specifics of Accenture are very troubling – because they are very big, and have a very high failure rate." In 2007, the Texas Health and Human Services Commission decided to terminate its food stamp and health care eligibility contract with Accen­ture after the company cost the state about $100 million over budget and tens of thousands of children lost health coverage within nine months.

Hegarty emphasized that any involvement of Accenture would be advisory. "This is not an Accenture project," he said. "This is a UT project. Will we be advised by Accenture as we go through the pilot? I would expect so." He also dismissed any blanket condemnation of the company. "Labeling people as bad just because they are in a business," Hegarty said, "is like labeling the Journal­ism School or rhetoric department as bad because of something one professor did, like saying it's bad because Dana Cloud didn't do her homework."

The UT College of Liberal Arts has already begun to get a feel for sharing services through its own pilot, which has been executed on a smaller scale, consolidating several staff jobs and moving centralized and combined services to other areas. Ted Gor­don, African and African diaspora studies depart­ment chair and associate professor within the College of Liberal Arts, serves as a faculty representative on the Shared Services Committee. He said he's been satisfied thus far with the way the new model has worked in his department, but expressed concern about whether Shared Services would be similar on a larger scale. "I am skeptical about whether further centralization of the whole university will work," he said.

One thing all parties agree on is a need to increase the university's operational efficiency, especially in the context of continuing state budget cuts. "We cannot afford the administrative staffing model that we have today," Hegarty said. "Our budgets are being cut every year, just to retain a fraction of the people we have. We have been laying off and closing positions for the past few years, and that is the future if we do nothing. ... We've got to figure out a better way to do business."

Martínez said faculty may need to become involved, by default, to find a way around the university's financial deficit. "This isn't my problem," he said, "but when you see your university being cut up and dismantled, at some point you have to get up and get involved in coming up with a solution."

"The word 'shared' is pretty," Martínez said. "'Services' sounds functional. Why not? Let's share services. But the reality of Shared Services is eliminating 500 jobs. It's unprecedented. Whatever the number is, it's driving out staff from departments and moving those people elsewhere and hoping this will somehow help the university work better. It won't."