Cap Metro rolls out its big bendy buses, the next mode in multimodal

What is 'Bus Rapid Transit'?

The TDI rules don't quite blind the navigators

Then There's This: War on Wendy

When it comes to Wendy Davis, there's a whole bunch of mansplaining going on

Council: From the Brow of Zeus

Bill would require Texas to get federal clearance

The Hightower Report: Moral Monday on the Move

Moral Monday on the move

Blacklands Malt harnesses water, time, and fire to create the perfect beginnings for your beer

Circling Back to La Condesa

After so much tumult, is the perennial favorite still on point?

Bringing Home the Bacon, in a Kind of Time Machine 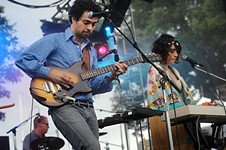 Bands break up, sure, but were they even trying?

Ivy and the Wicker Suitcase 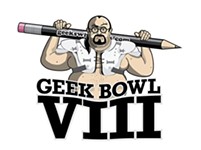 Competing in Geek Bowl is no trivial matter

Richard Linklater's Diamonds in the Rough

She's having an unholy baby - but isn't that every pregnant woman's fear? The only new ingredient in this horror setup is the found-footage element.

The woman who must remain invisible in this drama is Nelly Ternan, an actress who's not only the mistress of married Charles Dickens, but also 27 years his junior.

In something of a prequel, this is Jack Ryan's origin story – before Tom Clancy got his hooks in him.

In this Hindi film, an army officer creates a national movement.
arts & culture 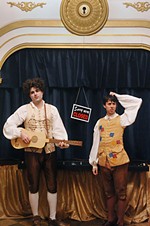 The Cost of Art, Part I: Austin's growth and rising rent take out theatre venues, one by one

The Cost of Art: A Series

Swoon for 'Dunes at Noons'

Brad Tucker gives young art critics something to chew on

Two concerts – one by Harvey Pittel, one for the late Rose Taylor – pay tribute to 'living in a song'

As realized by the Hidden Room, this German puppet version of 'Hamlet' is as much Monty Python as Shakespeare

David Prince: The Tragedy of the Enclosure 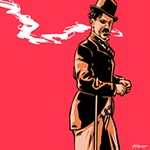 Every few years, Austin dykes wake up and smell the lack of lesbian bar, then do something about it

Making people look fantastic is what Mr. & Mrs. Sew It All do

The Good Eye: Mr. & Mrs. Sew It All Photo Gallery

The Luv Doc: Adults Only Please