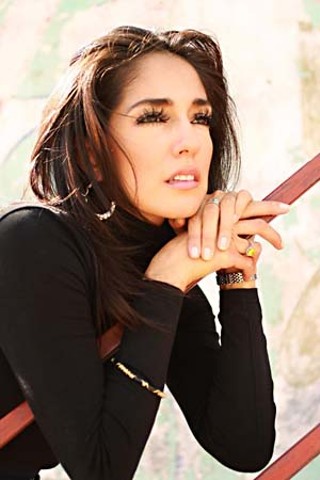 KEYE-TV anchor Michelle Valles nearly giggled with delight last week as she introduced viewers to the concept of the station's new hourlong 4pm "lifestyle" program, the CBS affiliate's latest bold programming move. "This is going to be a fun, unique show centered around folks who love all things Austin," Valles announced with the enthusiasm of a flirtatious cheerleader on too many happy pills.

The new show is one of several changes under way in local TV, timed to the new fall national season, as the local stations jockey to find new audiences. In addition to dropping its 5pm newscast in favor of the 4pm lifestyles show, on Oct. 1 KEYE will begin airing Telemundo's Spanish-language programming on its digital channel, 42.2, including two local Spanish-language newscasts anchored by Fred Cantú. KEYE has also dropped its morning show and will soon begin using the 6am slot to simulcast the Mix 94.7 morning show, featuring the JB and Sandy Show – which will now have the unique opportunity to bore people on both radio and TV.

Meanwhile, NBC affiliate KXAN this week launched a nightly newscast at 9pm on sister station KNVA, the local CW affiliate. The half-hour newscast will give KXAN a shot to grab a new audience – and it won't be hard to grab a bigger audience than CW shows – and provide head-to-head competition for the 9pm newscast on KTBC, the local Fox affiliate.

Both the Web expansion and new 9pm show represent KXAN looking for windows of opportunity. "I think these economic times have caused everybody to rethink their role in the market," Lassberg said. "We want to be the strongest standing when the economy comes back."

In contrast, under the guise of innovation, KEYE continues to downsize and dumb down. While it feverishly rebrands itself as "We are Austin" (echoing UT's imperial "We're Texas"?), for the past year the station has been cutting and slicing staff in the wake of the struggles of corporate parent Cerberus Capital Man­age­ment, the equity firm best known for its shrewd $7.4 billion purchase of Chrysler in 2007.

Eliminating the morning show was an acknowledgement that KEYE no longer wants to compete head-to-head for a thinning slice of the early morning audience, the same audience seen as the pot of gold for local stations a few years ago. "As most of our viewers are aware, Austin has four great television news morning shows that are all essentially the same," station General Manager Amy Villar­real announced in a press release.

That's a stunning and frank admission for a local TV news executive. In fact, all the news programs are essentially, monotonously, the same. But KEYE's response is to give up the morning time to static shots of J.B. and Sandy talking into microphones, which is sure to be only slightly more entertaining than mounting a camera in the Starbucks at the corner of Sixth and Congress. (Villarreal and News Director Suzanne Black did not return calls seeking comment.) In July, the station sent out a press release announcing plans to replace its 5pm newscast with a 4pm news program, to be hosted by anchors Ron Oliveira and Judy Maggio. Led by Austin's "most experienced journalists," each show will "highlight their great storytelling and love of Central Texans," Villarreal promised.

Instead, two months later, the station debuted the brand-friendly We Are Austin Live, with Jason Wheeler and perky Valles at the helm. And instead of "great storytelling," the show is light-years removed from any concept of news – or entertainment, for that matter – apparently targeting Austin women who feel regular daytime TV is too intellectual and sophisticated.

Thus far, each show is a hodgepodge of animal stories, makeup tips, gardening tips, fashion shows, and reports on snacking trends. In the first week, lengthy segments featuring local businesses, from a tea shop to a fitness class, were so fluffy and promotional several people in the local TV industry assumed the retailers were paying for coverage. (Two featured retailers contacted by the Chronicle said they had not paid.) Amid these reports, the show offers a few short news and weather updates, featuring KEYE's unique brand of News Lite. One day the lead was a report on a "possible" case of online teen pornography. The next day the big news was gravel kicking up from road-paving projects. Amazingly, the show manages to convey that not much is going on in Austin at 4pm. Shots from the newsroom suggest the news team is out to lunch, or maybe taking a nap before the next in-depth live report from a secondhand shop. (At the thrift shop, it turns out, you can find cheap clothes!)

Assigned the thankless role of field reporter, Bettie Cross manages to preserve her dignity, and Wheeler provides a hunky presence, his short-sleeved shirt open an extra button, reminding viewers this is a casual show. Oliveira, who's filling in for Wheeler this week, also lets the second button slip, giving it up for the ladies out there.

But it's Valles who transforms these early efforts from strange local TV into YouTube classics. She eagerly sheds the serious news-babe role she played as the lead anchor on KXAN and shifts into personality overdrive, cooing and winking and laughing hysterically at any comment. Every bit of trivia is astonishing to Valles. Teasing the appearance of a barbershop quartet – yes, a barbershop quartet – her jaw dropped in amazement: "Who knew they could sing the Beatles!"

Although the program is produced by the news department, no one will confuse this with a news show. And it's definitely not an entertainment show. "This was billed as a lifestyle show. Whose lifestyle?" local TV newsroom veteran Jim McNabb wrote on his blog after the first show.

In reality, the program is nothing more than a sacrificial lamb for the Oprah monster, which dominates the time slot. Soon enough something like the Lindsay Lohan Talk Show will come along and KEYE will put We Are Austin Live out of its misery, in the process taking another notch out of the reputation and relevancy of local TV news.

KUT management can spin it any way they want, but there is little doubt their treatment of longtime disc jockeys Larry Monroe and Paul Ray is shaping up as the bonehead move of the year. At a time when the station is trying to drum up enthusiasm for its 50th anniversary and struggling with a decrease in revenue, the protests against management continue to ramp up, moving beyond the disc jockeys' fate to target every aspect of management's handling of the public radio station.

Last week, a "diverse group of Austin musicians, artists and business leaders" announced plans for a series of concerts on Oct. 11 to raise money for Save KUT Austin, an advocacy group formed to "draw attention to objectionable changes at public radio station KUT that have resulted in the decline of local programming," among other complaints. Threadgill's South, Antone's, and Cedar Street Courtyard will host the Twang Dang Doodle, which will feature Beto y los Fair­lanes, the del Castillo brothers, Vallejo, and Ian McLagan, among others.

Meanwhile, Artists for Media Diversity, a local group co-founded by Timbuk3's Barbara Kooy­man, is producing a half-hour radio documentary on the grassroots effort against KUT management for Pacifica Radio, the network of community radio stations around the country.

The Beat won't die. Last week Clear Chan­nel dropped the syndicated Kidd Krad­dick morning show and the "Jammin'" format from KFMK (105.9FM) in favor of resurrecting the Beat, which has popped up several times before on local airwaves. Despite past failures, Clear Channel's magic spinners will once again offer an Austin home to "music by core artists including Pitbull, Lil Wayne, Ludacris, Drake, and Jay Z," battling for hip-hop fans with Hot 93.3.