Last week was a bloody one for local TV. In unrelated corporate moves, two general managers of network affiliates were fired within hours of each other, signaling a dramatic shakeup for the local market. Both Mike Reed of CBS affiliate KEYE and Carlos Fernandez of KXAN, the local NBC station, were orchestrating overhauls at their respective stations. And their sudden ousters were both unexpected, although the circumstances were vastly different.

"I was caught completely by surprise, with no warning of any kind," Reed said.

Reed, who took over the helm of the station just two years ago, had overseen a complete revamping of KEYE, the perennial doormat of the local ratings competition. The makeover, which started before he arrived, included a new set, state-of-the-art technology, a big online push, and the hiring of the city's two best-known anchors, Judy Maggio and Ron Oliveira. Although progress has been slow, the ratings have steadily improved, especially in key demographics, and few in the industry would dispute that the station's on-air product is more professional than a few years ago, when it was widely mocked.

Reed declined to comment, except to note that the stations ratings and revenues continued to increase during his tenure. "By any standard of station performance we were on our game," Reed said.

Some industry insiders speculate that Reed may be the victim of internal CBS politics. Reed – whose previous job had been overseeing a block of stations for Communications Corp. of America, a Louisiana-based company – was hired by Dennis Swanson, who left CBS last year to run News Corp.'s stations. (A CBS spokeswoman declined to comment on Reed's departure.) 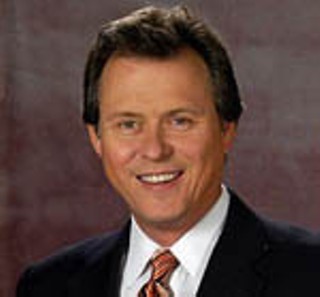 Fernandez was less surprised by his firing. He received the word last week when two top executives from the station's owners, Rhode Island-based LIN Television, showed up for a previously scheduled meeting. After the meeting, Fernandez "tendered his resignation," according to Ed Munson, vice-president of television for LIN. But Fernandez, who worked as a consultant for the station before taking over as general manager in February 2003, acknowledged he was shown the door.

"It's a challenging time," Fernandez said. "You have to have all your cylinders working all the time." He knew he was under pressure to bump the station's numbers. In terms of station revenue, "we haven't been delivering to the level we want," he said, adding, "but we were getting there." However, Fernandez expressed no bitterness at the company's decision to make a change. "I was given a chance to run successful stations (KXAN and KNVA, which LIN operates under a local marketing agreement) in a great market," he said. "How could I be bitter?"

Last year longtime KXAN news director Bruce Whiteaker left the station, a move widely seen as Fernandez asserting his control of the newsroom. (Whiteaker, who now works for the Texas Association of Broadcasters, would only say he "decided to leave the company.") Fernandez previously worked for Frank N. Magid Associates, a widely used industry consultant and a main proponent of research-driven news shows. In the last year industry observers had noticed changes in the KXAN news product. "A lot more hype, a lot more sensational, a lot more bated breath," said one local newsroom employee, who didn't want to be identified. New news director Bill Seitzler understands research and "about delivering what people want," Fernandez said.

But while KXAN's news product has been competitive in most of the key time slots, it has consistently lagged KVUE, the ABC affiliate, and seen some of its audience erode in the heightened competitive landscape. "In this market the greatest passion is around weather coverage and [weatherman] Jim Spencer, in particular," Fernandez said. "The rest of the time it takes a lot to get loyalty out of the viewer."

Munson, who is based in Virginia, is remaining in Austin to serve as KXAN's interim general manager. "I won't be rushing" into finding a new general manager, he said. "I'll be looking for a good communicator, somebody willing to jump right into the community."

Although few in the industry expected the general managers to lose their jobs, the timing of the firings is less of a surprise. In TV news, the axe often falls at the end of the May ratings sweeps period, giving stations a chance to regroup during the slow summer season. For many harried executives, May is seen as a last chance of the season to post big numbers.

But the preliminary numbers for May show no dramatic shifts in the local competition. KEYE continued to show progress and KXAN was relatively flat. Bolstered by Oliveira's much-hyped debut, KEYE's news shows produced an uptick in the overall numbers, although it still trailed Jeopardy (on KXAN) at 5pm and lagged behind KVUE and KXAN – as well as reruns of The Simpsons (on Fox-7) – at 6pm.

At 10pm there was a virtual tie between KEYE and KXAN in overall viewership, although both were still slightly behind KVUE (and the more detailed ratings for key demographic groups may tell a different story). KEYE benefited from CBS's strong network schedule, while NBC's primetime network programming was the least-watched network in Austin. Meanwhile Fred Cantu's much-heralded return to the mornings produced little ratings heat for KEYE at 6am, where it still trailed all three of its network-affiliated rivals. 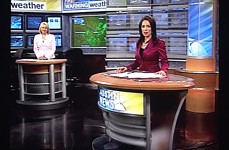 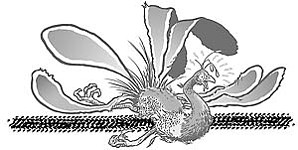