The Judges Rule: Map May Not Be Wise, But It's Legal

The federal judges rule in favor of the Texas congressional map -- even while admitting it may destroy the political hopes of minorities. 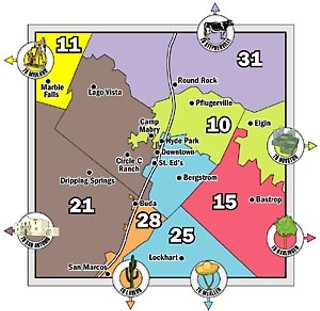 On Tuesday afternoon, the three federal district court judges impaneled to hear the congressional re-redistricting lawsuit ruled 2-1 against the plaintiffs' coalition of Democratic voters, members of Congress, and minority advocacy groups, on all issues. As they had announced during the trial, the judges rejected the plaintiffs' claims that nondecennial redistricting is unconstitutional or otherwise illegal. They noted that they are ruling not on the "wisdom" but the "legality" of the new map, and they rejected numerous claims that all or parts of the map are racially discriminatory in purpose.

While acknowledging that many of the new district lines effectively move minority Texans into districts where their votes will be marginalized by overwhelming Republican majorities, the judges said that from the trial evidence they were "compelled to conclude this plan was a political product from start to finish." They rejected the plaintiffs' arguments that in order to gain partisan Republican advantage, drafters of the plan inevitably had to diminish or dilute minority voting rights. "Whether the Texas Legislature has acted in the best interest of Texas," wrote judges Patrick Higginbotham and Lee Rosenthal, "is a judgment that belongs to the people who elected the officials whose act is challenged in this case." Texas Attorney General Greg Abbott welcomed the decision as confirming the "integrity and constitutionality" of the Legislature's redistricting process.

Judge T. John Ward, the sole Democratic appointee, concurred in most of the decision, but dissented as to the changes made to District 23, represented by incumbent Henry Bonilla, R-San Antonio, and stretching from the Alamo City to Laredo to El Paso. District 23 was a protected district under the Voting Rights Act, but is now majority-Anglo; Bonilla has consistently lost the Hispanic vote in his district, and to protect him, the GOP mapmakers split Laredo, removing thousands of Hispanic voters and leaving those who remained in District 23 heavily outnumbered, and adding conservative Hill Country voters to make up the difference. The state argued at trial that the new minority-opportunity District 25 -- stretching from Austin to the border -- offsets the loss of District 23; Ward wrote he believes that the court majority has improperly granted too much flexibility to the Legislature in its approach to minority voting rights and that the map should be returned to the Legislature for repair. In the meantime, Ward argued, elections should be held under the old map, drawn by the same three-judge panel in 2001.

Democrats vowed to appeal the decision to the U.S. Supreme Court, hoping for a stay as early as this week. U.S. Rep. Martin Frost, D-Dallas and dean of the Texas delegation, released a statement reading in part: "By judicial fiat, a three-judge federal panel has effectively repealed the Voting Rights Act and turned back the clock on nearly 40 years of progress for minority Americans. The victims of this plan are not Members of Congress; we all have experience winning tough campaigns in very competitive districts. The real victims are some 3.6 million Hispanics and African Americans in Texas, and minority Americans across the nation whose fundamental voting rights will no longer be protected by federal law if the U.S. Supreme Court allows this radical, dangerous and far-reaching decision to stand."

Gary Bledsoe, president of the Texas NAACP and one of the attorneys for plaintiffs in the case, said the organization is considering an appeal. He said the decision is "not good for Texas, nor is it good for the state's population whatever the color. ... This is a matter of such national importance that I am hopeful that the nation's highest court will be able to do the right thing."

The trial concluded in Austin Dec. 23, and when the judges had not ruled by this week, the delay fueled Capitol speculation that they must be redrawing Plan 1374C, the map passed by the Legislature in October and precleared on Dec. 19 by the U.S. Department of Justice under Section 5 of the Voting Rights Act. "I can think of a half-dozen different reasons for the delay," said Renea Hicks, attorney for the city of Austin and for Travis Co., among the plaintiffs suing the state and the Republican leadership to prevent imposition of the new congressional map. "But all of them would be pure speculation, and everybody else who thinks they know what's going on is in the same boat." Hicks' post-trial brief noted that in drawing its final map, the Legislature did not even use adjusted national census figures, available in August -- presumably a violation of constitutional one-man one-vote standards for congressional districts, but unaddressed in the court's decision.

Throughout the trial, both in testimony and in the multitudinous court documents, most of the interest focused on the Dallas-Fort Worth area -- where Frost's District 24 was effectively eliminated -- and in South Texas and Travis Co., where the new map splits the old District 10 (currently held by Democratic Rep. Lloyd Doggett) into three different districts, including the new District 25 from Northeast Austin down to the Rio Grande. In recent weeks Doggett has spent much of his time in Hidalgo Co., establishing connections for a District 25 campaign, but last week, awaiting the court decision, he filed for re-election in District 10 -- which would presumably survive if the Supreme Court rejects Plan 1374C. (Although filing for all other races closed Jan. 2, the state has extended congressional filing until Jan. 16. In theory, Doggett and other aspirants had to have filed by Friday, in the old districts, to be eligible to switch to the new districts now.)

Since District 25 was created specifically to offset the Anglo-ization of District 23, it's dominated by the disparate Hispanic populations in the urban areas at its north and south ends, but no Hispanic challenger has yet emerged with the ready money or name recognition likely sufficient to beat Doggett. (Hidalgo Co. District Judge Leticia Hinojosa has indicated an interest in running for the seat, but many Valley political leaders, like McAllen Mayor Leo Montalvo, have already thrown their support to Doggett.) The GOP's substitution strategy was strongly denounced in Judge Ward's dissent; should the Supreme Court follow his reasoning, going back to redraw either, or both, of districts 23 and 25 would effectively require redrawing at least half of the GOP map.

Similar questions were raised at trial about Frost's old District 24, which is -- on paper -- majority non-Anglo, but whose black and Hispanic voting population has been dispersed by the GOP into five different districts dominated by Anglo Republicans. (The court concluded that Frost has been re-elected by coalitions of black and white, rather than black and Latino, voters, and thus District 24 is not really a minority-opportunity district protected by the VRA.) Minority communities in rural Texas, and in smaller urban areas like Waco and Beaumont, are now likewise lumped into districts dominated by GOP suburbanites. The Democratic plaintiffs argued that the plan illegally "cracks" the minority populations to gain Republican advantage; the state responded that the current districts are drawn simply to the advantage of white Democrats and therefore are not protected under the law. Attorneys for minority advocacy groups -- including the NAACP, the League of United Latin American Citizens, the American GI Forum, the Texas Coalition of Black Democrats, and the Mexican American Legal Defense and Educational Fund -- argued that the entire map illegally dilutes minority voting influence across the state and should be rejected as unconstitutional and in violation of the VRA.

But the court's majority rejected those arguments, and Judge Ward reluctantly agreed that the current state of the law appears to support that judgment. But in concurring, he warned that the state's de facto dilution of minority Texans' votes in the supposed service of partisan ends "will have the effect of destroying the minority group's hopes."

The federal court's decision can be read in full at www.txed.uscourts.gov/203cv354/op.pdf.