On Monday, Sept. 27, Senate Redistricting Committee Chair Joan Huffman, R-Houston, released the Legislature's first draft of new U.S. House districts, adding the two seats Texas gained in reapportionment for a total of 38 members, whose districts must be exactly equal in size (766,987). One of those two new districts is right here in Austin; the new TX 37 is a majority-Anglo seat with a 73.8% Democratic vote share as calculated by the Princeton Gerrymandering Project. It's the Austin Chronicle seat! We should be happy, right?

Well, no, because the new U.S. House map, like the proposed state Senate map (the Texas House is yet to come), frames the 3.2 million or so new Texans since 2010, 95% of whom are members of communities of color, as a problem to be solved and not a future to be embraced. The name of the game here is incumbent protection, and reportedly all the state's GOP members of Congress have signed off on this draft. As the two major party coalitions in Texas are primarily distinguished by ethnicity, that means non-Anglo communities have been packed and cracked to create a map with exactly one swing district (TX 15, stretching from McAllen to Martindale), in which each party is gifted one new seat; the new TX 38 drawn in Harris County is as red as the new Austin one is blue.

That's what Republicans thought they did in 2011 as well – with TX 23, the enormous West Texas border district, as the designated battleground – but by the end of the decade, the party's Trump-fueled collapse in the suburbs made 12 of that map's 36 districts competitive in 2018 and 2020. Those suburbs, even more than the big cities they surround, are absorbing the new influx of Texans brought here through birth and migration. Hence, to create a 24-14 R/D split in the U.S. House delegation (it's currently 23-13) in a state that Trump won by just 6%, your gerrymandering wand needs to be pointed at places like Round Rock.

Huffman's map splits our northern neighbor, a city of nearly 125,000, between the districts of GOP incumbents John Carter, Michael McCaul, and Pete Sessions. Carter's TX 31, currently a nice compact union of Williamson and (most of) Bell counties, would now yield its Dem strongholds near Fort Hood to TX 11, held by August Pfluger of San Angelo; its neighborhoods closest to Austin to McCaul and Sessions (who returned to Congress in 2020 in the Waco-based TX 17); and its neighborhoods in Austin to the new TX 37. McCaul's piece is part of a chicken neck connecting West Lake Hills, where he lives, and the rest of GOP-friendly Western Travis County to the eastern portion of his TX 10, which still includes a bunch of rural voters but no longer any part of Houston.

Under this map, the 20-year-plus refrain that Austin is split too many ways, anchors no district, and is represented by people from out of town no longer truly applies. Lloyd Doggett's TX 35 remains a Hispanic opportunity district that now includes more of Travis and less of Comal and Bexar counties, and the new TX 37, across I-35 from Doggett's turf, includes almost all of the city that Doggett didn't represent previously. Chip Roy's TX 21 has retained a small swatch of outer Oak Hill but is now anchored in the conservative Hill Country exurbs.

The pushback against the draft map from national political actors was swift and predictable. Former Attorney General Eric Holder, who leads the National Democratic Redistricting Committee, termed it a "partisan power grab," while Doggett mocked the "snakes, tentacles, and dragons" drawn to avoid the even scarier voting blocs that the GOP fears. Civil rights groups will likely challenge any map adopted by this Legis­lature, but claim there's no way forward at all for a map like this; while the Trump Supreme Court appears disinclined to enforce the 1965 Voting Rights Act, it still protects the rights of communities of color to select candidates of their choice. The current third(!) special session ends Oct. 20; lawmakers have given themselves until Nov. 15 to adopt new maps before having to postpone the 2022 primaries, slated for March 1. 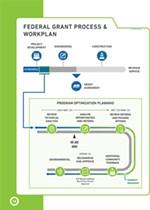 Austin at Large: We’re Deciding How to Decide
Project Connect team, transit stakeholders to see where Austin’s willing to cut back