Does Austin need another Italian restaurant? 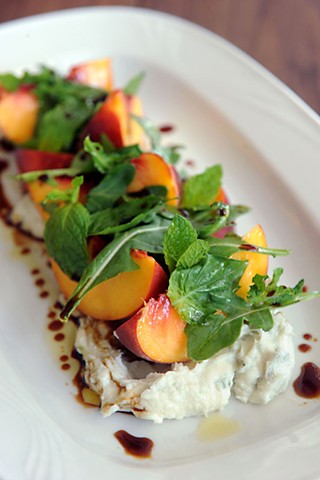 Recently a business-minded friend captured the ennui I have regarding current Austin dining. Our restaurant scene, he said, is in an expansion phase. That's not to denigrate the surplus of talent filling kitchens and fronts of house all over the city, nor any of the ancillary players that give our scene its unique look and feel. But it is to say that some hunger is lost in our city's cumulative success. Expansion is not innovation. 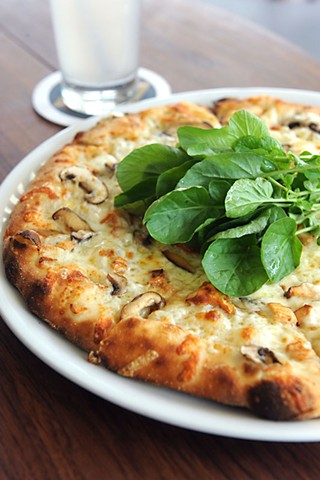 By now, even casual diners likely feel some weariness about the peculiar outcropping of upscale Italian restaurants this year. Juliet is certainly one of the most considered restaurants in the batch. The pens are considered, the grain of wood is considered, every flourish of the logo's script is considered. I've written at some length about the design in a "First Look" (July 10), and I won't retread other than to say that Juliet is one of the most breathtaking dining environments in Austin, full of midcentury reference points for design nerds, nice lighting for food bloggers, and bubbling pheromones for everyone else. 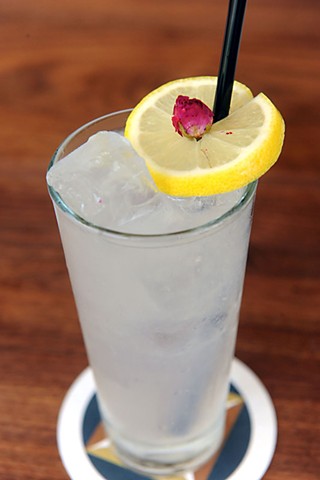 But sometimes restaurants bite off more than they can chew. And Juliet doesn't quite answer the question of why Austin needs another restaurant. Owners Neeca Leitao and Dan Wilkins and chef Jacob Weaver obviously know what they want, but I suspect the size of the whole operation has much to do with the initial struggle. Each of my three visits were packed inside and out, and I suspect the staff were a bit overwhelmed. That definitely showed up in the service – longish lags at the bar, forgotten contorni for the table, forgotten bitters in a cocktail, and forgotten sausage on a pizza (to be fair, all but the contorni were immediately noticed and corrected). The front of house is certainly friendly, but definitely harried. One suspects it's not quite the hospitality the owners intended. 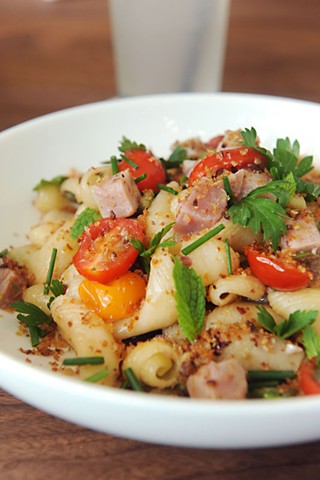 Bar food is unscathed by the hustle. Salumi and cheese are aided by smart sourcing (I'll kill for La Quercia n'duja) and pastry chef and Easy Tiger alumna Carly Rossmeissl's great bread. We otherwise stuck with the fried offerings to hold up to Robert Millican's hefty negroni list (a flight of four is offered for $15 – don't overlook the inspired tiki version). Lithe fritto di mare ($11) was complemented by fiery arrabiata. Ceci fritti ($4), with barely a murmur of lemon zest, should replace popcorn at every bar. The pizza crusts had nice crisp if their toppings were not always impressive. The Basilica ($9) was a basic tomato, mozzarella, basil pie, but the Funghi's ($15) cultivated and foraged mushroom mix was a bit more sophisticated. We ordered it with sausage for a carefully balanced bite (an extra $4).

In the initial announcement for Juliet, diners were promised a Texas take on Italy, and those dishes that nod locally are largely the most successful. The Gulf snapper ($26), seared, was nicely paired in thinnish pistou and graffitied with olive, only slightly marred by a dry smashed fingerling. The Texas Quail al Forno ($25) adds some Italian ingredients – fig mustard, farro, prosciutto – to a dish that doesn't veer too radically in taste from a Hill Country popper. Texas Peaches ($10) pulls off the same trick. Hill Country foodies have been combining fruit, goat cheese, and balsamic in salads for ages; here the mild piquancy of Gorgonzola Dolce gives a classic combination an anchor. Light seared scallops ($27) meld well with a husky risotto, thanks to a bridge of bitter grapefruit. (Bitter is underused in cooking, but it seems to be one of Weaver's fortes – see the arugula in the peaches or the broccolini with the quail.)

The house pasta dishes, however, were hit-and-miss. Weaver is not new to pasta, having spent some time at Asti, but the former restaurant's pasta menu focused on the red, white, and green – crowd-pleasing if not particularly inventive. There's some of that basic template in Juliet's spaghetti carbonara ($15) and rigatoni pomodoro ($9), but the menu has grander aspirations. The goat cheese agnolotti ($17), with corn and grape tomato, could use a more nuanced use of citrus. The tuna conserva torchio ($18) rang out with brine, tang, and oil, but the fettucine e vongole ($24), while boasting perfectly cooked littleneck clams, was perhaps too subtle. A little more of the Calabrese chili would have been nice.

On the dessert front, Rossmeissl is another example of what a powerhouse pastry city Austin has become. Her inspirations are classic (cheesecake, tiramisu, olive oil cake), but the execution is nothing but contemporary. The torta di olio oliva ($7) has a bracing blackberry thyme sorbetto on top. The torta di ricotta ($9) doesn't overdo it with richness, and the tiramisu ($8) is a parfait served with two fluffs of toasted meringue.

Even without those desserts, none of the stumbles added up to a bad experience. Weaver is talented as is his team (the addition of chef de cuisine Brandon Fuller – formerly of Cafe Josie – is a coup), and the servers didn't lack personality or hustle, but it might take a while before the considered menu works in a Macaroni Grill-sized space. We hope Juliet keeps the rooms packed long enough to find a groove, but one can't rely on Austin being patient. 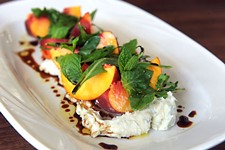 Dear Glutton: The Best Patio Dining
Where to take out-of-towners to enjoy the warm weather