My Obsession: Therapy With Nineties Supermodels

Escape via the long gay tradition of diva worship 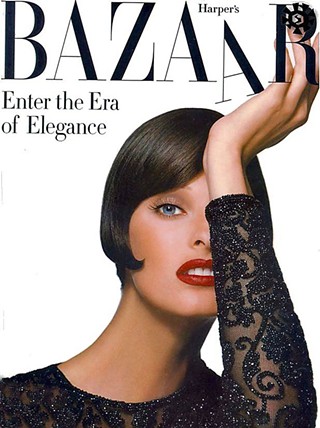 I still have the issue somewhere. Linda Evangelista propping up the A of the masthead for the late Elizabeth Tilberis' debut as editor at Harper's Bazaar. The other magazines in my ever-growing stack were loud in their declarations – "best fashion issue ever," "spring's brilliant day looks" – but there was Linda, arm sheathed in jet-beaded Donna Karan arabesque, bright eyes trained on the camera, inviting the reader to "Enter the Era of Elegance."

Elegance was something in short supply that summer of 1992. I had just survived four years of Robinson High School, four years of being told I don't belong – sometimes verbally, often violently – and I was worn out. There was no college on the horizon. I spent the time I was supposed to be filling out applications sulking in my bedroom, fantasizing about moving to New York, or at least getting an apartment in Waco. I pored over Bazaar and Vogue and W, carefully guarding them the way other boys guarded their Playboys. I memorized the names of designers and photographers and especially the models.

I was too young then to know anything about the long gay tradition of diva worship. This was before the internet brought stan culture to every phone and I had yet to meet an older gay man to teach me the pantheon of Barbra, Liza, and Cher. But I suppose Linda, Christy, and Naomi filled that same gap. I was an effeminate boy who stumbled at any attempt at butchness. I desperately needed a space where that would not be reviled.

The images of the Nineties supermodels were all power and camp. Helena Christensen in biker Chanel. Fantasy became an act of defiance. How could I hate the swish in my step when Naomi Campbell could command an auditorium with a shoulder snap? Why would I police my mannerisms when Christy Turlington could take home thousands with a single arch of the neck? Nothing seemed so liberating as wrapping myself in a polyester bedsheet and strutting across my beige carpet runway.

I got away from the potholed roads and the shitkicker boys soon enough. I met other queer people; I got a boyfriend; I pranced on the floors of nightclubs, decked to the nines. By then, Shalom and Amber and Kate had slumped their way to major fashion campaigns, replacing fantasy with something vaguely approximating grit. Linda got a pageboy and made an attempt at grunge. Nothing ever stays the same with fashion. It gradually became less of an emergency to miss the latest Harper's Bazaar.

But I never forgot the first time I noticed her. That bob slicked tight. That Roman nose. That single line of cover copy promising that there were better days to come. 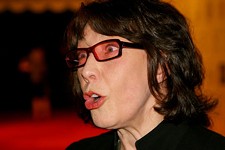 After a Fashion
How many times did Stephen wear that suit? Come along to the premiere of the Domain and this year's Texas Film Hall of Fame.