Something must be in the air, cuz less than a month after local queen Miss Kitty Litter announced her participation in Camp Wannakiki season two, another Austin drag star will find herself gracing the silver screen. By now the news is out: Louisianna Purchase is a season three contestant of the Boulet Brothers’ Dragula! 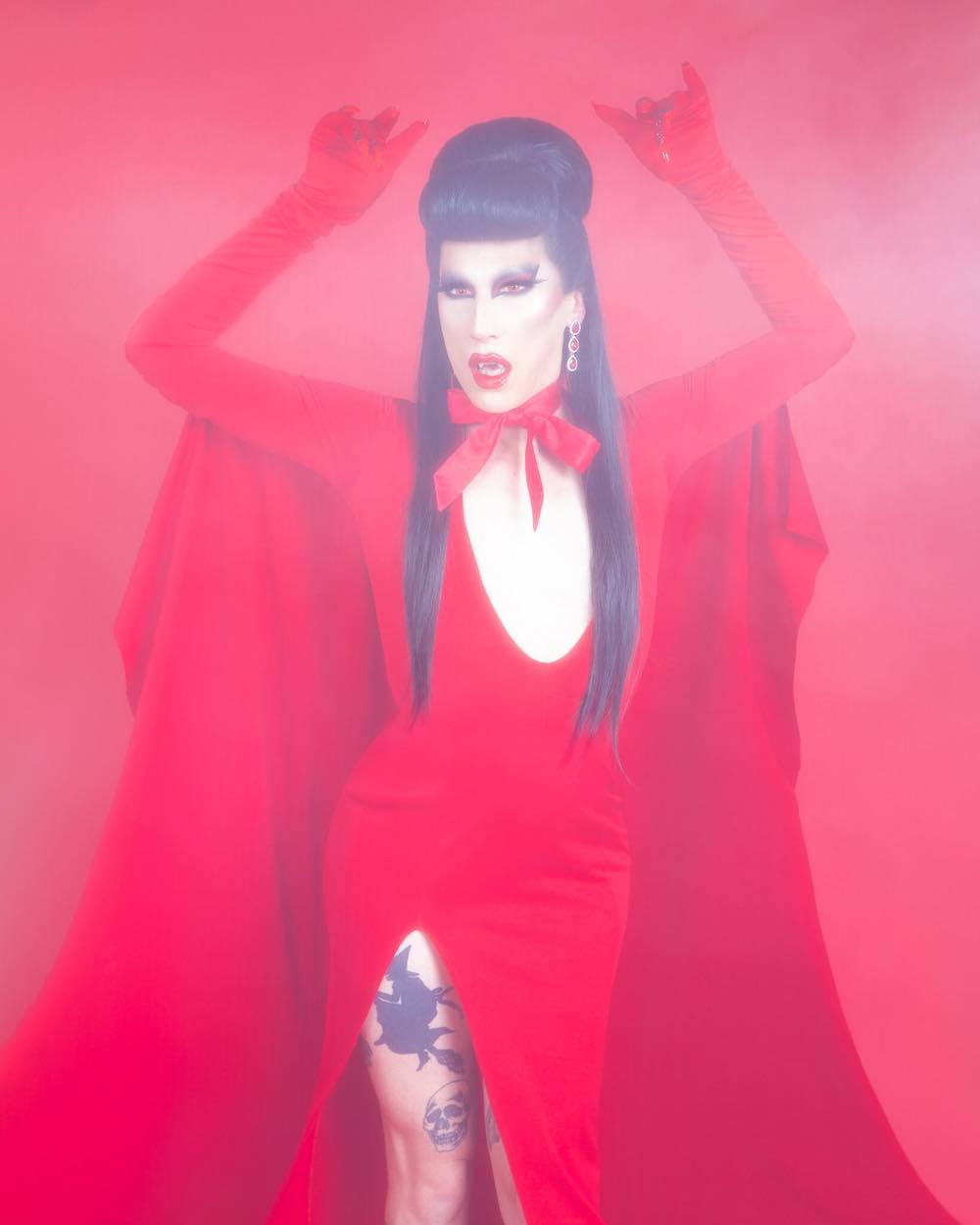 Louisianna, always good for a scare (Photo by JXNART)

And Austin is already trembling with excitement!

The drag competition show that puts horror first will return in August with 11 new monsters vying for the Drag Supermonster crown of thorns. (And from the looks of it there’s a king or two up in this mix too!) Via a short but creepy trailer, led by the hosts Dracmorda and Swanthula Boulet, season three’s scream queens – and kings – are serving their evilest looks, from killer clowns to sexy zombies. Then there's Louisianna Purchase, giving us her ultimate femme fatale vixen with a little evil Bond girl mixed in for good luck.

Louisianna told me she’s “so thrilled with the promo,” and believes the season three is “going to be amazing. My experience on Dragula is something that has changed me into a better queen.” But that’s now all that Dragula gave her. She adds: “I have a new sickening family to show for it too!”

It’s no secret that Louisianna has been making monster waves in Austin’s drag scene for some time now. For the past three years, she’s reigned as the Best Drag Performer in the Chronicle’s Best of Austin Readers Poll – and her monthly horror production Die Felicia, co-hosted by the equally creepy (and lovely) Zane Zena took home a 2017 Critics Pick for Best Scream Queen Duo. As a member of Poo Poo Platter, Austin’s original eerie and awesome drag show (started by Louisianna's IRL boo Bulimianne Rhapsody), co-host of Sad Girls Only, and a host of drag bingo and drag queen “sex talks” all over town, there’s no denying, Louisianna is Austin’s most lauded queen (y’all saw those Red River Cultural District street signs adorned with her dark and stormy self).

And while we’re so excited to see her take over a new stage, we’re also stoked for her alter ego Chad Merritt’s recent life event. Earlier this month, Merritt and Jualdo Vielma (aka Bulimianne Rhapsody) tied the knot in Vegas. Of course, the party doesn't stay in Vegas, cuz the queens have invited all of Austin to celebrate with them at their "Til Death Do Us Party" party on Saturday, July 27, at Elysium. Honestly, we think it’s proof that this really is the Summer of Pride.

Dragula season three returns in August. Stay tuned into the Boulet Brothers Facebook page for times, channels, and additional updates on how and when to watch.