Finally some good news: Local queen Miss Kitty Litter ATX – who y’all might remember was harassed by the alt-right rag InfoWars over the last couple of weeks – will be joining the season two cast of Camp Wannakiki. 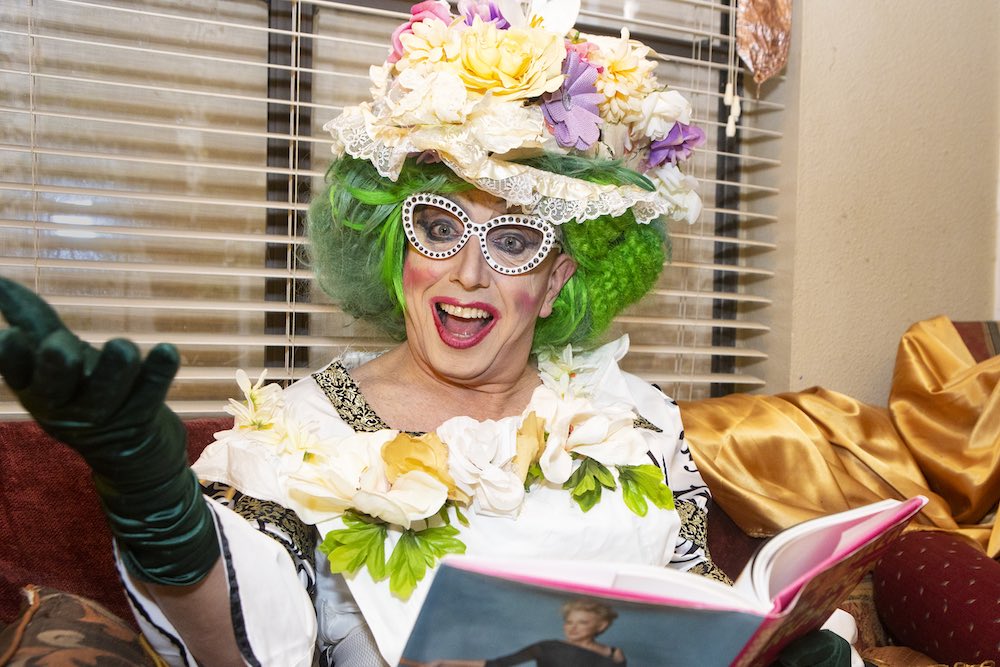 The drag reality show, which airs on YouTube, features the “campiest” of queens at – you guessed it – a summer camp. To earn a badge, or “take a hike,” these campers are put to the typical camp-inspired challenge and the last grrrl standing takes home the ultimate Queen of Camp badge!

Over the last few days, Camp Wannakiki has been announcing season two contestants – including a very excited Miss Kitty Litter, who will be competing against Debbie Fox from Chicago, Boris Tudeth from Kansas City (MO), Coco Jem Holiday from Grand Junction (CO), Vivica Galactica from New York, Barbra Wyre from Los Angeles, Ivanna from Ware (MA), and Portland queens Diana Fïre and Clare Apparently. Kitty fans can swoon over her intro video for now, the second season is expected to premiere later this summer. When asked how she’s feeling, Kitty thanked Hamburger Marys for “taking a chance on a queen of ‘a certain age,’” and added: “I am beyond excited to be representing the great State of Texas and, specifically, Austin. Getting to be in a national competition for camp drag queens is a huge honor. I can't wait for the world to meet all of the great campers and see what they bring to the party – it’s going to be a Summer of Love.”

After all the InfoWars drama, Kitty also confessed, “I was due a little happy.” We couldn’t agree more.