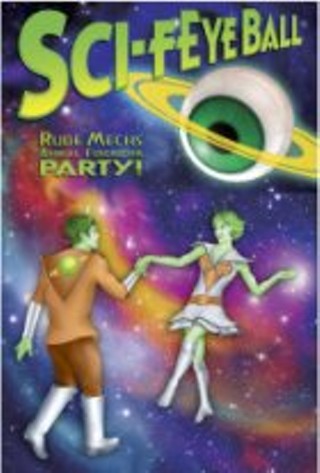 Balls … seems like everybody has them. They're the low hanging fruit of the charity business – maybe not quite as low as the benefit concert, but still easy pickin'. You would think it would be easier to scrape together two turntables and a microphone (the electronic retro-phallus of the DJ world) than it is to fill up a seven band bill, but here in Austin we pack in bands like slaves on the Amistad – and pay them even less. With all this musical talent laying around, how hard can it be to find someone who can match beats without sending the dance floor into arrhythmic epilepsy? Yes, a DJ. Live music? Seen it: Foot on the monitor, double devil horns, microphone stand crotch rub, gratuitous drum solo, never-ending narcissistic guitar solo, "What? It's my turn?" bass solo, sweaty hair throw, insincere "great to be here in …" salutation, breakdown section with Barry White-style let-me-be-serious-for-a-moment voiceover, power chord chorus with above the head hand clap, garage band clusterfuck ending replete with split-legged stage jump apostrophe. Really, how can a skinny kid with a terabyte hard drive and a pirated copy of ACID Pro compete with game like that? Fog machine? Disco ball? LED Strobes? Rhythm would definitely be a start. Seriously. There is only so much shoegazing a city can do, no matter how cool it thinks it is. Yes, lyrically dense, self-absorbed, multisyllabic soliloquies can be set to music … interminable, droning, cacophonous soundscapes that challenge preconceived notions of rhythm and tonality. They can also be thrown in the fireplace. Every once in a while, people need something with a chest-thumping, ass-shaking groove. Ooonnn tssssss ooonnn tssssss ooonnn tssssss. Hands in the air like you just don't care … or maybe you do care. Maybe that's why you'll be attending the Rude Mechanicals' Sci-fEye Ball this Saturday at the Off Center: Because you really do care about supporting original, innovative live theatre in Austin … East Austin … in a converted warehouse … because that's the kind of place where original live theatre is done. You care enough about live theatre to dress up in "Retro-Futuresque" attire (think Sky Captain, Buck Rogers, the Rocketeer, only sans the rocket pack, because it can get hot up in that bitch) and brave potential derision and merciless heckling by ungentrified Eastsiders, who will surely be wondering what the fuck you're doing in a hot-assed spacesuit in 104 degree heat (making Sci-fEye Ball soup, no doubt). Come to think of it, you might want to consider rocking that chain-mail bra and cutoff mesh half-shirt shimmel that Daryl Hannah made famous in Blade Runner. It's only slightly retro, and it gives you an excuse to try out that flying scissor headlock you've been working on. How theatrical would that be? Of course, you don't have to go costumed – remember, it's legal to go topless in Austin – but it does show you're committed to the cause. If you want to go a little lower profile, you could just drop some major coin on the silent auction, which boasts, along with a lot of other cool stuff, a vacation on Vashon Island in Puget Sound. Seriously, how cool is that? Pretty fucking cool. Plus, even if you go on the cheap, you still get free beer and phat jams DJ'd by Austin supercomposer/rock star Graham Reynolds. Even if it is low hangin' fruit, this ball is still pretty sweet.