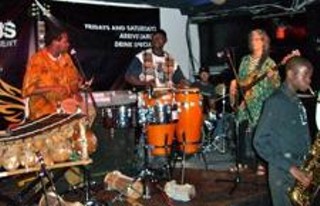 This year the Lord's Day is on the Lord's Day – that being Lord Jr. and Lord Sr., respectively, who just happen to be one and the same. Mazel tov! Regardless of the rationalistic quagmire the birth of the Son of God (or for that matter the Holy Trinity) presents, a day of rest isn't such a bad idea. Truly, everybody can probably use some down time after the insane mosh pit of materialism leading up to Christmas. Somehow, in less than a century we've gone from peppermint to pepper spray, from wassailing to retailing, from Christmas cheer to Christmas fear. Celebrating the birth of Jesus is an expensive affair. It can bankrupt you if you're not careful … which is what Jesus would have wanted anyway, so whip out that credit card and go berserk. At this time of year everyone spends money like they just won the lottery. It doesn't necessarily mean they're crazy; it just means they have Christmas spirit – which may be the result of a spiritually enlightened beneficence toward family, friends, and neighbors, or it may be the result of an ingeniously incessant barrage of Pavlovian conditioning concocted by Machiavellian Madison Avenue marketers. Admit it: Every time you hear sleigh bells jingling, you instinctively reach for your credit card. Why not reach for your ankles instead and eliminate the middlemen? Don't worry, you won't have to hold that position long. During the Christmas season there is no shortage of bankers walking around with raging hard-ons. It's the most wonderful time of the year – an invigorating shot of Viagra for the sagging pillars of capitalism. Thank Jesus! Yes, he's been the reason for the season for nearly the last three millennia – at least since the Romans got on the post-Saturnalia J train. Of course, the three wise men deserve a little credit too, and not just for throwing down with a trifecta of sweet swag for the newborn Jesus – gold (babies love bling!), frankincense (babies like to burn one!), and myrrh (babies love ointment!) – but also for taking the long way home to throw Herod off baby Jesus' scent (which, one can assume, was fairly pungent after the wise men's visit). Herod, it turns out, had a hard-on for Jesus (fed by power and greed – sort of like a banker) because folks (wise men included) were claiming that the baby Jesus was the King of the Jews, which would cut in on Herod's turf. Herod was going to have the wise men rat out baby Jesus, but, as they will in these situations, an angel of the Lord appeared and gave the wise men the 411. Hooray wise men! Hooray angel of the Lord! Except that as a result Herod had every male child in Bethlehem under the age of 2 massacred. "Stormin'" Norman Schwarzkopf would have called that "collateral damage." Oops. So really, the origins of Christian gift-giving are soaked in the blood of infants and toddlers. At least that explains the red color scheme. The green is just too obvious, and chances are you've been coughing it up liberally for a few months now, filling up the empty space beneath your Christmas tree, which may or may not be a metaphor for your soul. The good news is that you're in the home stretch. There's daylight on the other side of that Star of Bethlehem, and it's called January … aka the month of atonement, that meditative time when you figure out it's who you are not what you have. That's why the gyms are so crowded. There are other ways to stay in shape that are a bit less narcissistic – dancing for instance, plus with dancing you stand a chance of meeting interesting people. You can do both this Saturday at Africa Night at the Sahara Lounge. That's when the Sahara's owner/proprietor Ibrahim Aminou and his band Zoumountchi play a night of high-energy West African dance music. Dance yourself dizzy, meet some fun people, and remind yourself of the roughly 4.6 billion people on Earth who don't have any Christmas spirit.