pdf
ON THE COVER:
Twisting in the Wind
news 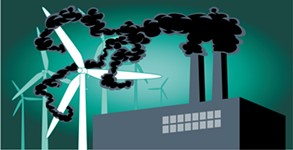 Twisting in the Wind

What You're Paying For

A bill comparison between GreenChoicers and nonsubscribers

USDA and Synthetic Organics; and Chevron Runs but Can't Hide

All Aboard the Rails With Trails Plan

On 2008's tour, we drank too much, missed a couple of buses, were much too loud, and finally stopped when we were cut off. This year was the same concept, but a better-paced, thoroughly enjoyable drinking experience.

Beer snobs flock to these local spots for 'real' ale

Tastings, a benefit, a birthday 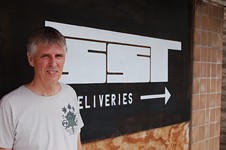 Once Upon a War Story

In this World War II movie, Quentin Tarantino weaves together multiple storylines that coalesce into a literally explosive finale that daringly rewrites history.

In this animated adventure by the Japanese master Hayao Miyazaki, a 5-year-old boy forms a friendship with a goldfish princess who longs to be human.

Bland to the point of pointlessness, Post Grad follows the inane highs and lows of a perky young optimist.

A magic wishing rock becomes the undoing of an entire community in this appealing new kids romp from Robert Rodriguez.

The "Rumble in the Jungle" was the main event, but this concert in the Congo was a hell of an undercard.

Francis Ford Coppola embraces smaller-scale filmmaking with this story about the reunion of estranged brothers in Buenos Aires.

This romance is based on a popular novel in which the comings and goings of a time traveler wreak havoc on his marriage.

'A Couple of Ways of Doing Something'

Your Style Avatar celebrates 10 years of telling you what's what

Alamo Village, where John Wayne shot The Alamo, has lost the 93-year-old matriarch who kept the movie set and Western-themed park open for nearly 50 years

Things to Think About When Signing a Lease