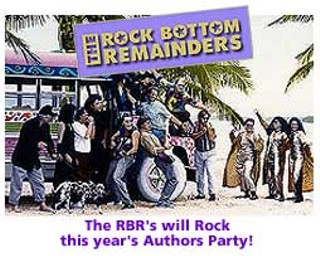 Writers by circumstance are a quiet and reclusive lot, given to long stretches of solitude and introspection and therefore prey to a variety of antisocial quirks and ills that can either make them seem eclectic and charming or boorish and overbearing. After long stretches holed up creating the next great masterwork, a self-imposed cabin fever sets in and the red-eyed writer descends to unload the built-up mental slag on friends, relatives, and an unsuspecting public. The result is often entertaining, but as monologue gives way to sermon then soliloquy, even the most captivating chatty Cathy can become a dull, droning windbag. As with any sweeping generality, there are exceptions, but by and large, when the pen is put to rest, writers can barely keep their yaps shut long enough for a normal person to get a word in edgewise. That’s OK however, because if normal people had something important to say, they too would be writers. Like nothing else (with the possible exceptions of politics and prizefighting), writing requires a bigger ego than intellect. Big egos require a lot of space, so it’s a good thing this weekend’s Texas Book Festival is spread all over the Capitol grounds. Texas is a big state with a big pink phallus of a Capitol building – a place that houses an impressive collection of egos most of the year anyway, so it seems the perfect locus for a gathering of authors. You might think the Convention Center was booked, but as First Lady Laura Bush (Honorary Chairperson of the Festival) will tell you, nothing was going on at the Capitol anyway, so why pay rent? The good news is that most of the book festival is free and you can hear readings/discussions by a jaw-dropping list of authors – huge names like Barbara Bush, Dan Rather, Rod McKuen, Ann Richards, and Joe Bob Briggs as well as writers like Neal Pollack, Steven Saylor, Calvin Trillin, and Herman Wouk. As with any Austin event, there will be plenty of music. During the day on Saturday and Sunday the Entertainment Tent at 11th and Colorado will feature free shows by local and not-so-local musicians including Kinky Friedman, Patricia Vonne, Slim Richey, Ed Miller, Ray Wylie Hubbard, Jon Dee Graham, and Colin and Jimmie Dale Gilmore. Saturday night features a huge concert by the Rock Bottom Remainders, a cover band featuring writers Dave Barry, Amy Tan, Roy Blount Jr., Ridley Pearson, and Scott Turow. For $40 you can see them butcher classic rock tunes and provide special guest Roger McGuinn (formerly – waaay formerly – of the Byrds), with an entertaining anecdote for his memoirs. It’s pricey for the Music Hall, but proceeds benefit Texas Libraries and if you’ve always wanted to throw underwear at Roy Blount Jr., you may not get another chance.