Rick Perry and George W. Bush treat open records law as an obstacle to be gotten around, not a cornerstone of democracy.

Stonewalling the Public: A How-To Guide

The latest on the Wal-Mart, Lowe's, and Eckerd's controversies

The Next Redistricting Target: Ronnie Earle?

Redistricting Lands in the Feds' Hands

Texas Democrats make their case in court and at the Dept. of Justice

Owens' Family Calls for the Feds

Allegations of grand jury tampering against the DA and police chief

What can Austin do to combat the powercenter plague? More than you might think.

Bill Bennett sells his virtue for lucre from "virtual charters"

Virginia B. Wood hopes that you have an appetite for authors and new restaurants.

Are You Really Going to Eat That? Reflections of a Culinary Thrill Seeker

Rise of the Machines

Watchmen on the Walls of Freedom

Metal up yer ass and other delights: The Back Room turns 30.

Peter Hedges' Pieces of April brings the novelist-screenwriter out of the quiet and into the filmmaking fray.

Going Deep at the Drive-In

The Things We Keep: Musing on the EZ-D

If L.A. fell into the ocean, Hollywood would move to Austin. If it doesn't anyway.

Jack Kerouac is turning over in his grave while middle-class kids "following their bliss" in The Open Road mangle his vision.

Will Ferrell's Elf is a new way to spell fun.

This merry skein of loves lost and found in holiday-season London is written and directed by the Four Weddings and a Funeral scribe.

The rise and fall of superstar club promoter Michael Alig.

A Thanksgiving from hell with the family and all the neighbors upstairs. 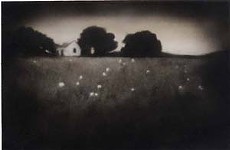 Annie Leibovitz's photo of Lance Armstrong nude, on display at Oswald Gallery, portrays the champion cyclist as a breathing emblem of toughness -- an avatar of endurance.

The Cry Pitch Carrolls uses three crotchety old widows, a homeless mother and child, and a poodle to address the darker shadows of religion and memory, and Salvage Vanguard Theater's revival of Ruth Margraff's opera is a plush, cloudlike dream.

If you think we're asinine, don't blame it on our advertisers.

The 'Chronicle' Sells Out, Again; Go Ahead, Lament Us; Table of Contents Not Useful on Page 4; Envision a Correct Map; Fair Reporting on Police

What kind of peddler is Stephen going off on this week? Hint: This year's Halloween may not haunt our Style Avatar's future, but running over a bicyclist would.

I'm a first-time dog owner. My friend recently told me that I would have to pay for all damages my dog causes if he ever bites someone. Is this right?

Now that I am ready to begin a family, I wonder how the risk of premature birth can be minimized?