There’s no raining on this parade

Living with a president for the past 20 months who evidently derives his sense of pride from flagrant bigotry, it often feels like we've been thrust through a time portal back to darker times. Donald Trump and much of his administration embody the antithesis of pro-equality movements that picked up speed the world over after the 1969 Stonewall riots. But no number of haters in power have silenced our LGBTQ communities and their allies, and absolutely not in Austin for Saturday's 100-plus-float Pride Parade, which garnered one of the largest crowds in recent history despite a downpour about an hour before its scheduled start. While documenting the evening's colorful characters and creations, "Snapshot" asked participants for their personal perspectives on Pride's key takeaways. 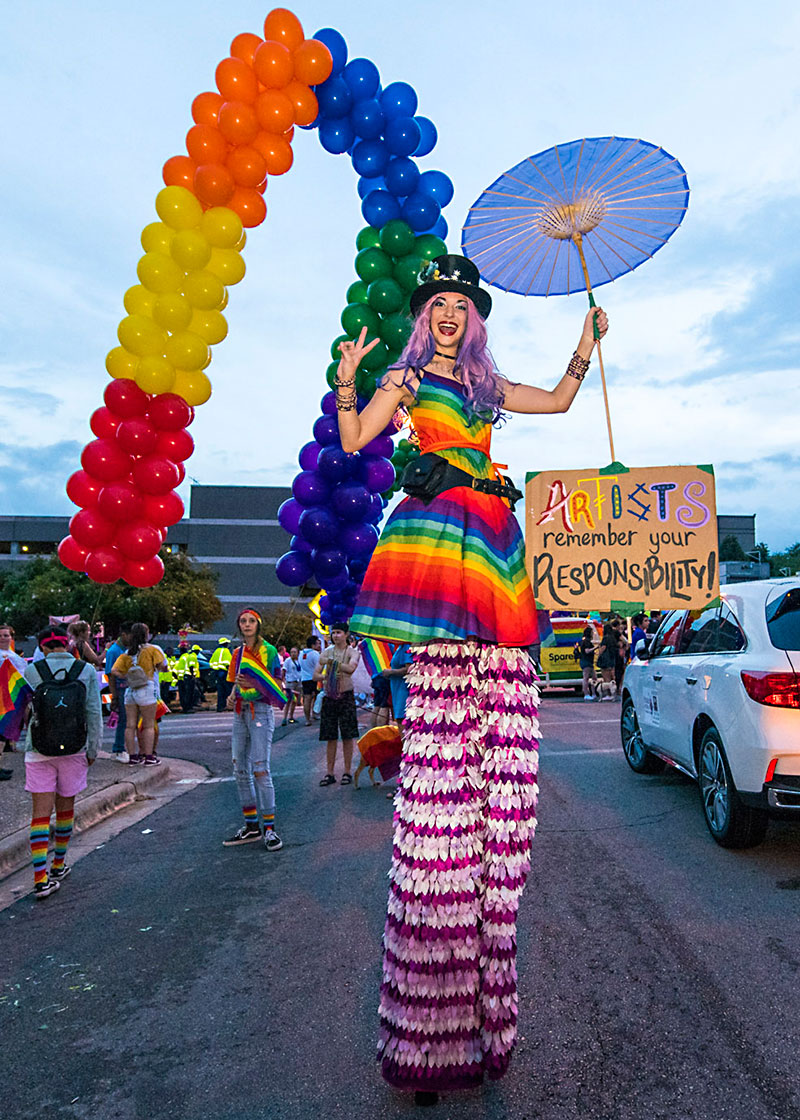 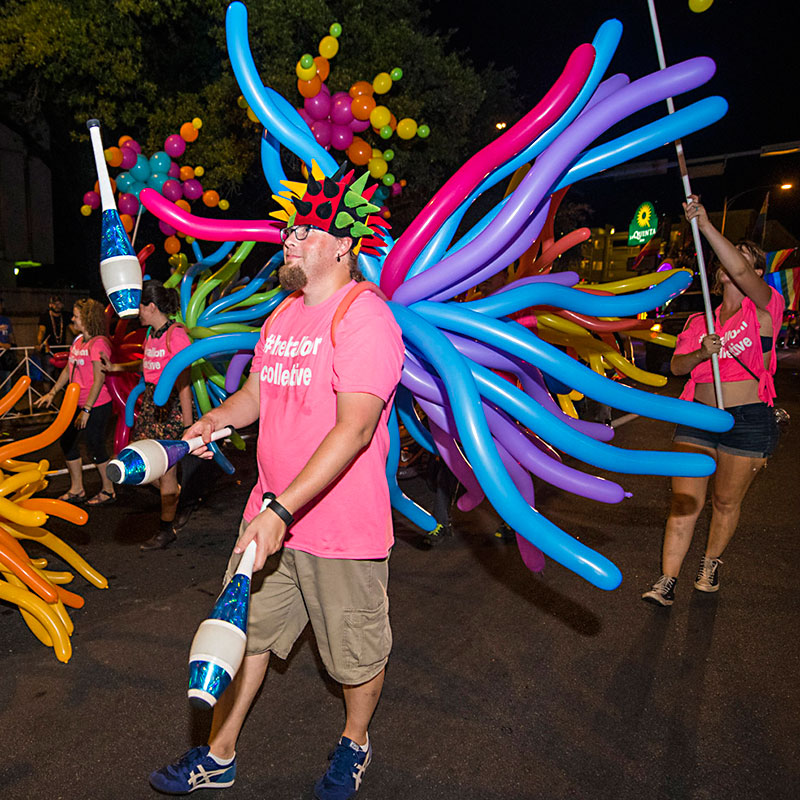 "I just feel like this is the time in our lives that we have to get out and we have to show people, just be vocal about what we believe in, what we stand for," said Jeremy Frank, member of the Texas Juggling Society. "Everybody's welcome. That's my big message." 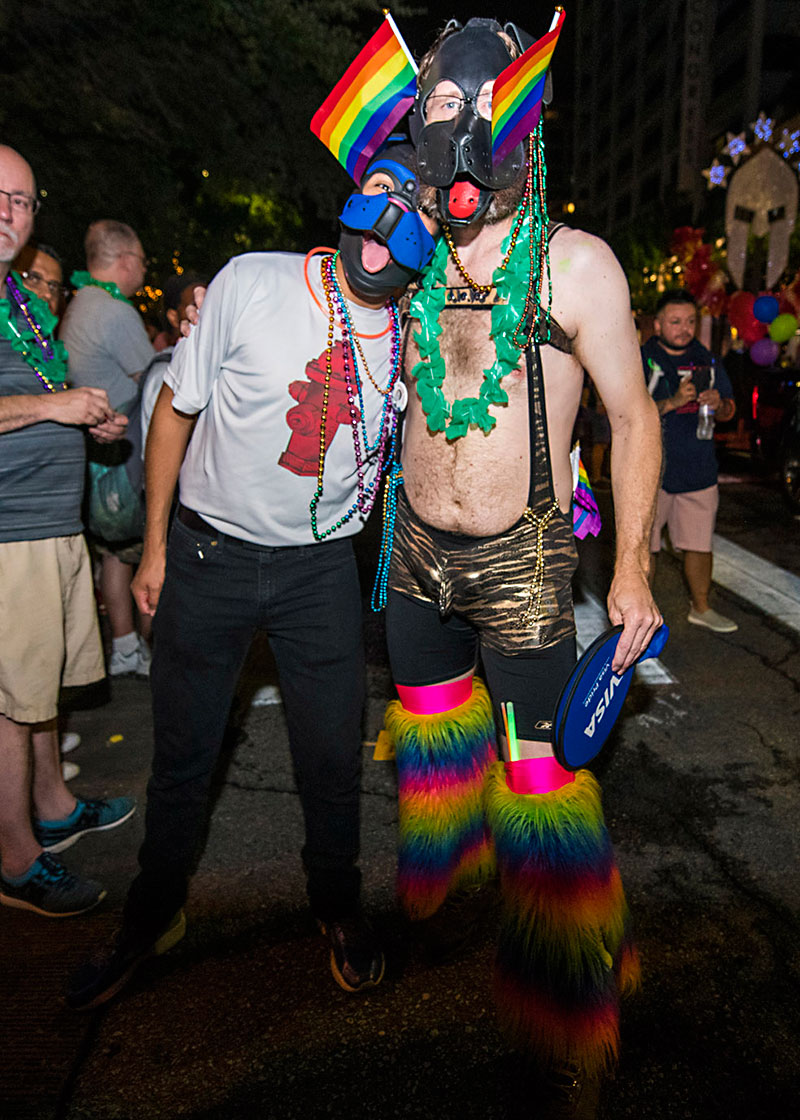 "From my perspective, I'm still closeted, so when you find your opportunity to shine, let it shine, but until then, don't push it," said Andrew Moldenhauer (right). "It'll show when it shows." 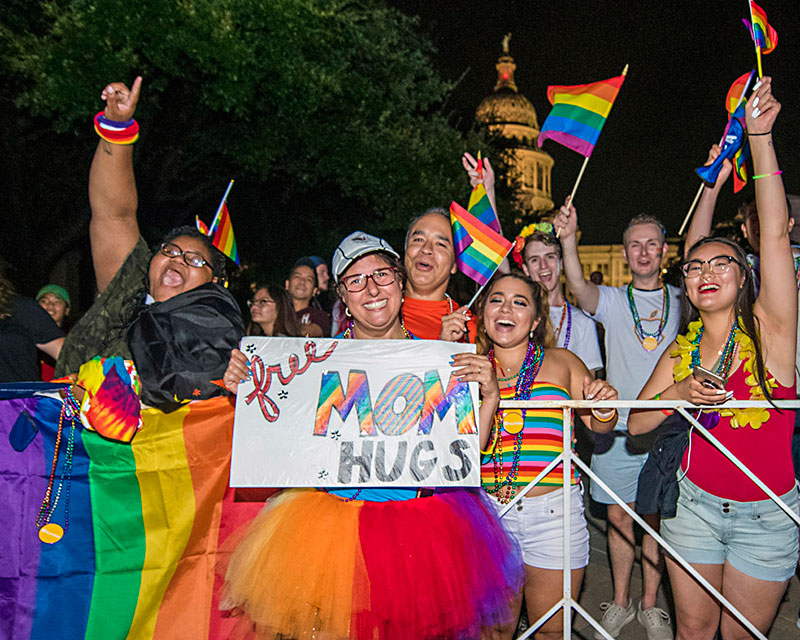 "It's a chance for everybody to be themselves and to love who they love [and] there are always people out there that will love you," said Bibiana Beardsley of Round Rock. "You might need to find your own family, and sometimes that may not be the one you were born with. And that's why I'm holding this sign. Not everybody has a mom that loves them." 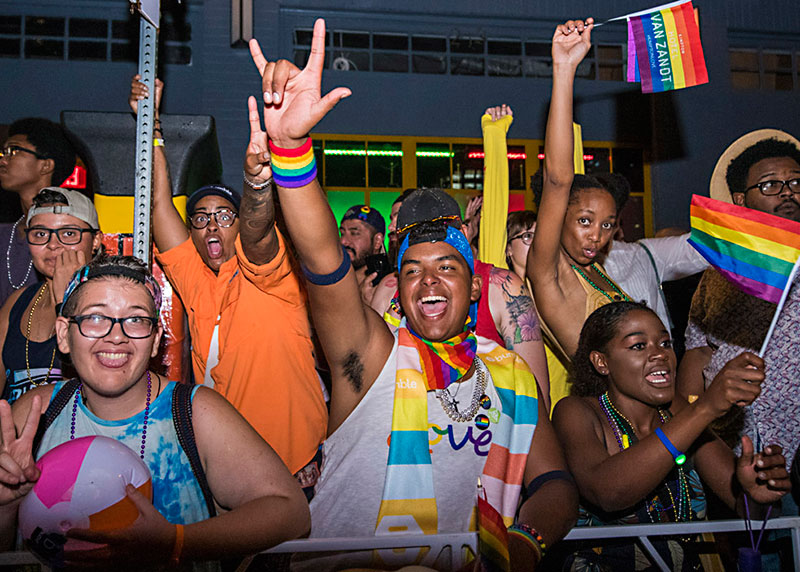 "When it comes down to it, people shouldn't be afraid to show who they are no matter [what] profession they go into, no matter where they're heading or what their dreams are," said Joseph Alpiste. "If you have a dream ... why keep it inside? Just let it out, be who you are. When I came out to my family this past year, I feel like I really got to open and see another side of them, and they were really open to who I was and how I felt about certain things." 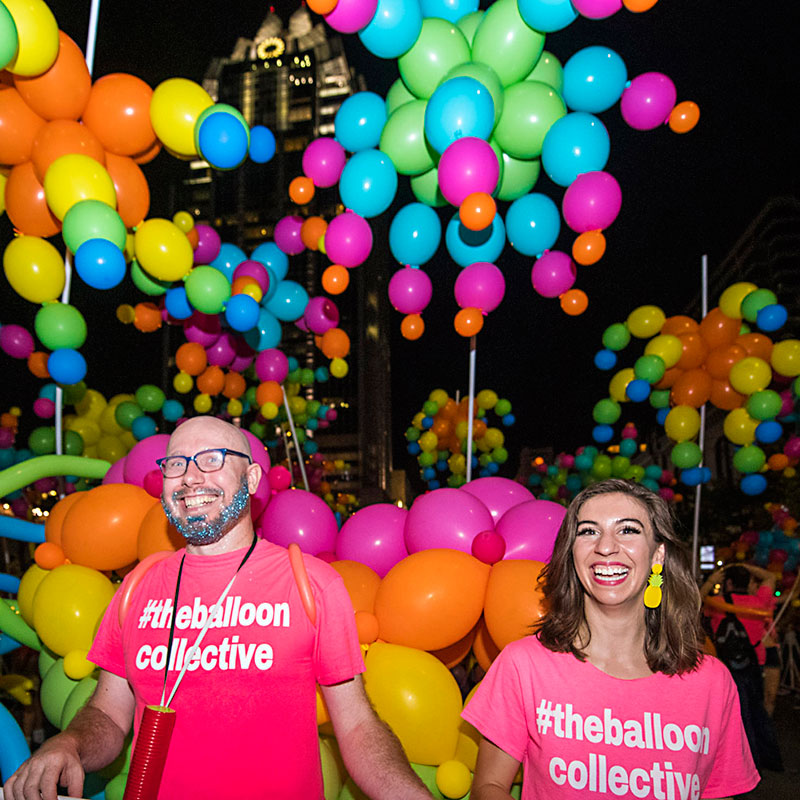 "When Donald Trump took office ... it seemed like the political climate was attempting to tear down the values that the Pride movement has fought to uphold," said Stacy Wheeler (right), co-organizer of the Balloon Collective. "Although we've experienced bad weather – literally and politically – both this year and last, the Pride movement has shot back a strong 'don't rain on my parade' vibe, and we've made the march happen in full force, almost as if we're saying: 'We're out and we're proud, and we can't be shut down – not by weather and not by closed-minded ideas.'" 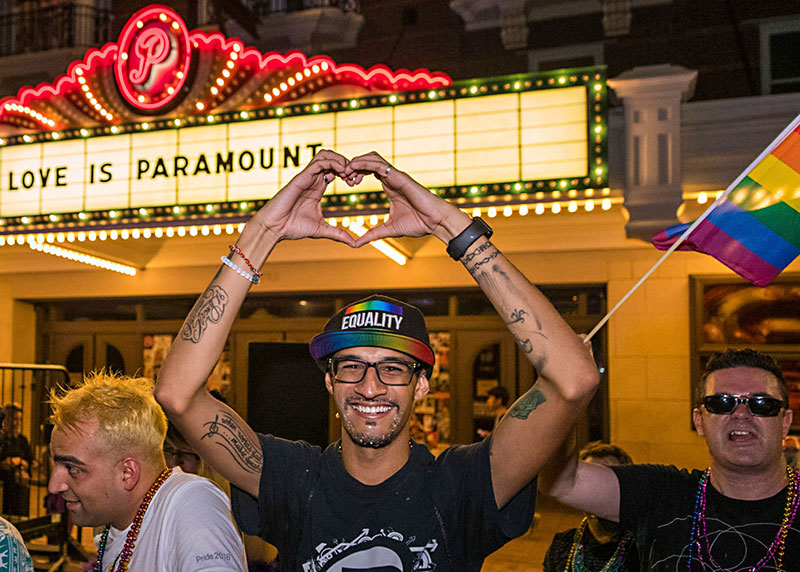 Props to the Paramount Theatre peeps, whose marquee cleverly and beautifully summed up overarching sentiments.