At a time when Hispanic identity is ever more complex, the artists in "YLA 22" seem pretty sure of their own 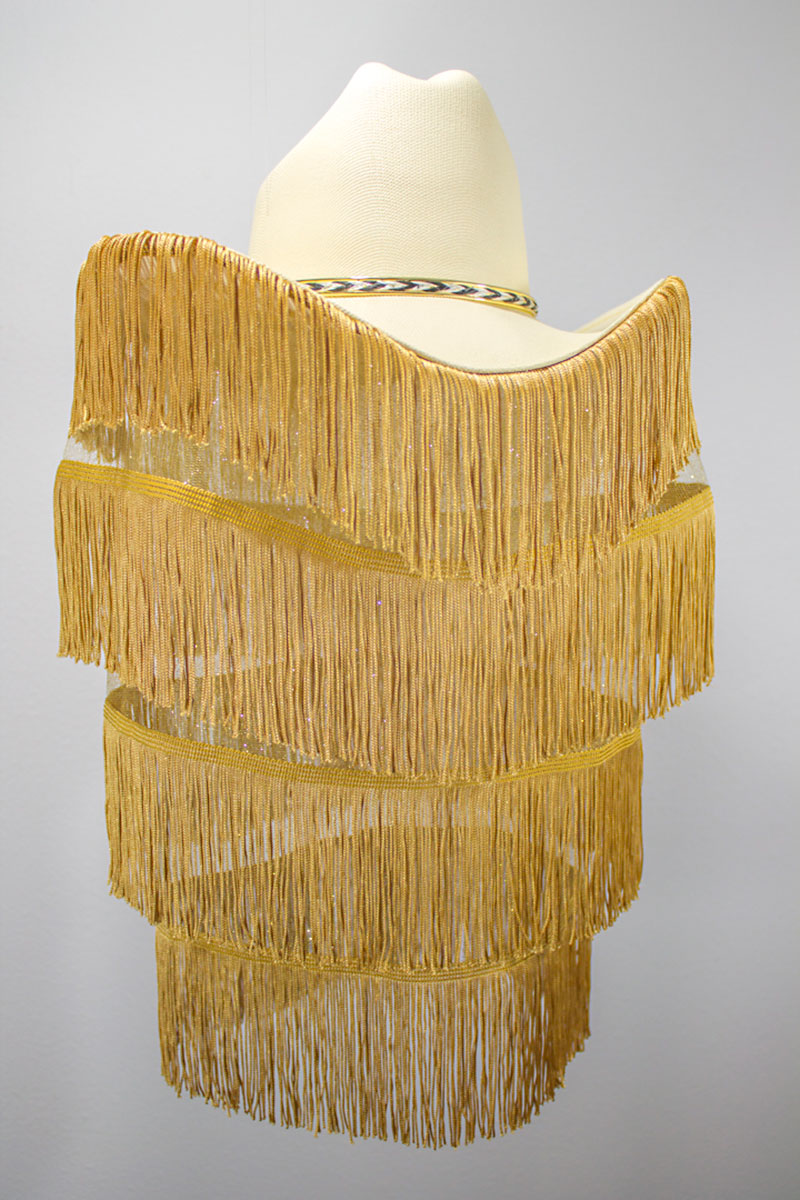 "Young Latino Artists 22: ¡Ahora!" features eight Latinx artists exploring varying spheres of identity at a time when Hispanic identity itself has become an ever more complex system of interlocking Venn diagrams. As a Latino myself, I often have a hard time pinning down my own identity ("Hispanic"? "Latino"? "Latinx"?), but the artists in "YLA 22" seem pretty sure of their own. Mark Anthony Martinez's No New White Friends declares the phrase in capitalized neon white letters. But why no new white friends? Martinez's nearby piece, Some of My Best Friends, states in neon the phrase SOME OF MY BEST FRIENDS ARE WHITE, a play on the oft-mocked-for-its-tone-deafness, "Some of my best friends are [insert race other than white]." The phrase as reimagined by Martinez is amusing, but neither work is terribly generous. I think there's supposed to be a sense of community here, of racial solidarity. As a Mexican-American, I may find it empowering to dismiss white friendship for brown friendship. But historically, Latinx communities have on occasion been considered demographically white, even here in Central Texas, where "whiteness" was sometimes more a matter of wealth than skin color. So where does that leave this neon?

Nansi Guevara's fabric mural, Siente nuestro poder (Feel Our Power) is more convincing. It is a floor-to-ceiling image of four Latina women of varying ages holding a set of empowering gestures that could double for prayer. It is a lacy fabric, allowing us to see through to the pink wall behind, giving the piece a rosy glow that is warm and comforting. The word SIENTE is above in a blue arc, and the words NUESTRX PODER curve below. The "X," which has begun to be used widely to disgender Spanish words, is a pretty fascinating addendum, but it did get in the way of my reading of the piece. I tried to read the rolling "nuestro" or "nuestra" as I normally would and kept butting up against the "X," finding the word much easier to look at than to use, even in the privacy of my own thoughts.

Strongest may be the work of José Villalobos. His found snapshots on handmade paper are familiar to me, that hot sepia tone of old family photos found in albums of times long gone. Their placement on the rough paper reads as gentle, timeless as a memorial. Then there is his installation, Sin La "S," a set of gold-fringed cowboy hats hanging from the ceiling over piles of dirt, crystal medallions dangling from their brims. It is odd, and pretty hilarious, how spangly the typical mariachi costume is, considering how macho the mariachi is supposed to be. In Sin La "S," Villalobos successfully wields those dynamics to make an engaging commentary on machismo and sexuality.

Finally, Villalobos achieves perfect symmetry with his Cactus series, a set of sparkling pink ovals decorated with fanciful cactus fronds, one of which, Between the Cactus and the Thorns, One Assimilates, modifies the cactus frond with sparkling glitter and beads. It is delicate, but it is still a cactus, and therefore dangerous. What Villalobos is doing works, perhaps because it is matter-of-fact. He doesn't have to go overboard, because the complexity is there in the reality. But maybe I only think that because I'm part of the problem, too ready to assimilate. "YLA 22" forces me to confront the question, and I'm still thinking of the answer, because it has to do with who I am, and that's what identity is all about.