The Long Center: Who's playing

The countdown to the grand opening of Austin's new performing-arts center has passed the 80-day mark, and ratcheting up the anticipation level for the big event (as if it needs any ratcheting) is the Long Center's release of the schedule for the 2,400-seat Dell Hall through early August and for the 240-seat Rollins Theatre through September, as well as the lineups for the pair of gala opening concerts in Dell Hall March 28 and 29.

If the first months are any measure, the Long Center will indeed be a venue where every kind of arts group in the city is welcome. In addition to previously announced programs such as Austin Lyric Opera's Carmen, the ballet of Don Quixote by Ballet Austin, and Conspirare singing the Verdi Requiem, Dell Hall will feature everything from classical soprano Kathleen Battle to a Beatles cover band to a legendary mariachi ensemble to three redneck tenors to Nashville bluegrass wonders Cherryholmes. The Rollins schedule is equally eclectic, including the Rude Mechs, Aztlan Dance Company, ProArts Collective, the Austin Shakespeare Festival, Austin Chamber Music Center, Teatro Vivo, A. Mozart Fest, TexARTS, and Refraction Arts' Fuse Box Festival.

Kicking off the premiere season will be a gala concert on Friday, March 28, hosted by Tommy Tune and featuring the Austin Symphony Orchestra, Austin Lyric Opera, Ballet Austin, Conspirare, Michael Amante, and more. That will be followed on Saturday, March 29, with an All-Texas Music Tribute Concert starring Ray Benson with Asleep at the Wheel, Willie Nelson, Lyle Lovett, Rick Trevino, and Flaco Jimenez.

But you actually won't have to wait until then to experience the Long Center in all its glory. The first week of March, the center will be open for four days of free performances and tours, with the members of the Los Angeles-based MASS Ensemble (which includes former Austinite Chrysta Bell) bringing their remarkable blend of music and architecture to the new facility and, by stretching extremely long strings across the terrace of the Long Center, transforming it into what they call an Earth Harp. So for a weekend, this won't be just a building that presents music; it'll be one that makes music. How's that for an auspicious debut?

The schedule follows. Dates are subject to change. For more information, visit www.thelongcenter.org.

May 2 The Musical Adventures of Flat Stanley

May 3 Rain: The Beatles Experience 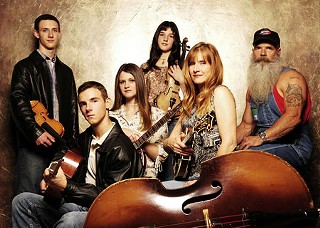 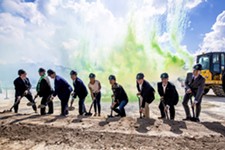 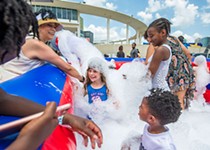