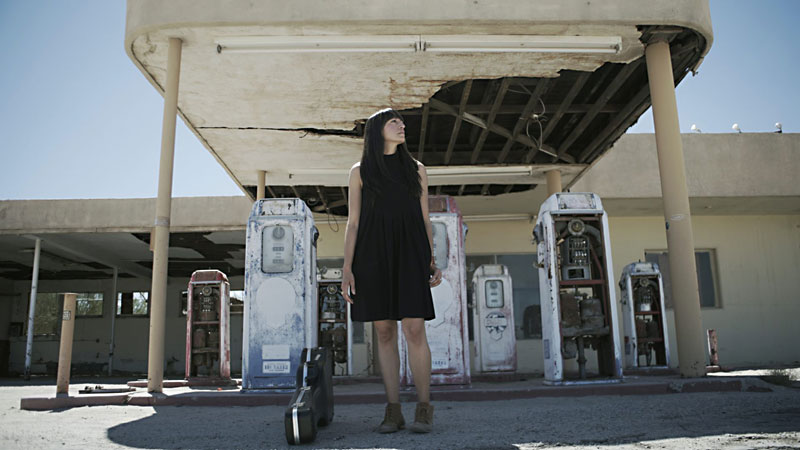 To be an immigrant is not to swap one nation for another. It is to be perpetually caught between the two. In her new documentary, Dear Homeland (which plays this weekend as part of Cine Las Americas 2020 Virtual Showcase), filmmaker Claudia Escobar follows rising musician Diana Gameros as she goes through the superficially bland experience of applying for a green card, but really living between spaces.

In 2008, Escobar was living in San Francisco's Mission District, "and by that time there was this beautiful Latino art scene," said Escobar. That's where she met Gameros, who was gaining attention for her weekend residency at the famous Roosevelt Tamale Parlor. Escobar wrote about her for the Mission Local newspaper, and when the musician had a big solo show lined up she asked Escobar to create some stop-motion animation (a skill the filmmaker picked up when she was in architecture school) to project as she performed. Escobar said, "Around the same time, she told me that she was going to apply for the green card."

That's when the idea for a documentary came up: that Escobar would follow through her application process and hopefully, finally, to take a road trip from her adopted home in California to her family in Ciudad Juárez. Escobar recalled that Gameros saw the drive as essential. "When you fly, you physically arrive, but it takes a little time for your soul to arrive."

That sense of taking the long way is the soul of Dear Homeland because everything comes back to waiting – or, as Gameros calls it, "the muscle of patience." It's stronger in some people than others, and anyone going through the heavy burden of the immigration process finds themselves working that muscle constantly. Having successfully applied for a green card herself, "We learn how to wait, and some of us learn to wait gracefully. You have to earn money, you have to get on with your life."

It's a muscle upon which she has often relied, but it has reaped rich artistic harvests for her. Stop-motion is laborious and time consuming but, she said, "I love this process of taking photos of people and making them move magically." The process of making the documentary, when she had no clear timeline to its conclusion, was another workout ("I have a friend who says documentarians should live 10 years longer than anyone else, just in case," she added). However, even if she didn't know when the film's end point would come, she knew the destination: Either Gameros' application would be successful, or it would be rejected. "I was going to keep going until I had an answer," Escobar said. "And when she got it, I had the cycle completed."

While every American seems to have become an expert on immigration, few really understand the slow, seemingly arbitrary bureaucratic drag, and it was eye-opening even for Escobar's American-born producers. "They'd go, 'Is she really going to get the green card? Can't we just call someone?' Well, no, we just have to wait."

That cycle, that narrative of Escobar's film, is as much about the process as it is a portrait of Gameros. For the filmmaker, it's very much about the liminal space in which migrants often find themselves, and that's been her own experience after decades in the U.S. "Your identity becomes that you are from two places, and it becomes very complicated and confused."

That shared experience of never quite belonging became clearer during a private screening in March: During a Q&A, a man who was the son of migrants who were raised in the States said something that struck her deeply. "What he said was, 'You guys are very lucky that you have a home. I don't have that place, because I was raised in this country that doesn't like me much.' But if he goes to Mexico he's not from there. It was intense to hear that."

A version of this article appeared in print on July 17, 2020 with the headline: The Waiting Game 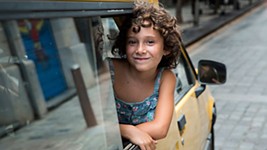