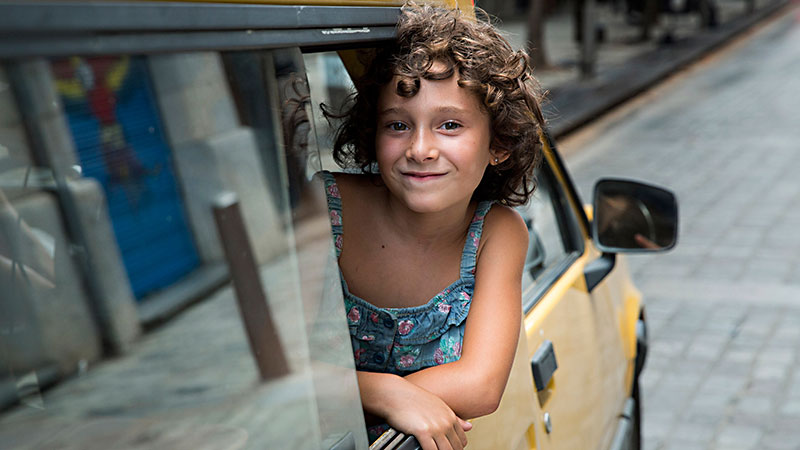 There's a misconception about Cine Las Americas. Festival director Jean Anne Lauer said, "I get asked the question quite routinely, 'Are all your films in Spanish?' and I always say, no. We have Spanish and Portuguese, never mind that we're standing where Latinos speak English, and we also have all the indigenous languages of the Americas."

While American politics seem to have reduced U.S. interaction with the Latino world to one thin sliver along the border – while almost completely ignoring First Nation and indigenous voices – Lauer describes Cine Las Americas as programming films from the entirety of the Americas, from Canada to Peru, and across the entire diaspora. That also means a healthy hometown contingent, as this year's Hecho en Tejas selection comes exclusively from Austin-connected filmmakers. That came about completely by accident, said Lauer. "It was either people who live here in Austin, or lived here while they were making their film, or UT alums."

Add one UT lecturer to that list: Anne Lewis, director of Anne Braden: Southern Patriot, unites with powerhouse local cinematographer Lee Daniel for A Strike and an Uprising (in Texas), a documentary drawing parallels between three seminal moments in popular political organization in Texas: the 1938 San Antonio pecan shellers' strike, the 1987 workers' strike in Nacogdoches, and the removal of the Jefferson Davis statue from the UT campus in 2015.

The schedule includes some of the most critically lauded films from the global scene, including Estiu 1993 (Summer 1993) and Pariente (Guilty Men), the official foreign language Oscar nominees for Spain and Colombia, respectively. There are more esoteric titles, but Lauer said the tone for the festival is very much set by the opening night selection, the bittersweet road trip El Último Traje (The Last Suit). The latest feature by Goya winner Pablo Solarz recently scored the audience award for best feature film at the Miami Film Festival, and follows a Jewish Holocaust survivor (Miguel Ángel Solá) revisiting his homeland. Lauer said, "It's about his relationship with the Holocaust, and going back to thank the person that helped him get out of Europe and to Argentina."

How we evade and face death is a recurrent theme this year, with Summer 1993 exploring how children process grief, and Las Versos del Olvido (Oblivion Verses), a magical realist fable about a morgue caretaker giving final rest to a political protestor denied peace in life. No film may better represent the global remit of Cine Las Americas: a French/German/Dutch/Chilean co-production, writer/director Alireza Khatami originally conceived of the film to be set in his native Iran.

It's not just the lineup that is geographically dispersed, but also the venues, giving broader opportunities for the entire Austin population to get a glimpse of the world of pan-American cinema. Aside from the core venues (AFS Cinema, MASS Gallery, and the Emma S. Barrientos Mexican American Cultural Center), Nomad Bar will screen a selection of music videos on Saturday, May 5, while on Sunday, May 6, Mexic-Arte will host the Femme Frontera Filmmaker Showcase featuring seven shorts by women filmmakers, selected specifically because they challenge staid cultural norms and misconceptions about race, gender, and sexuality. The festival will also expand horizons virtually with a special presentation in collaboration with nonprofit Latinitas with Latinx Culture in East Austin, a VR documentary exploring the institutions and residents of the Eastside. While the festival will always remain a film festival, Lauer saw this as a vital expansion of representation into wider AV creativity across the Latino world. She said, "People who make movies don't just make movies."

There's one final way that the festival is opening up cinema: While badges and individual tickets are available for other venues, all screenings at the MACC are free and open to the public. Plus, Lauer said, "there's free parking at the MACC. If you can get there physically, you have no excuse not to try out a film. Or a bunch."

A version of this article appeared in print on April 27, 2018 with the headline: Not Just the Border