The chief aim, it seems, of Molly Haskell's terrific new book is to make it okay to admit to liking Gone With the Wind


With Frankly, My Dear, what Molly Haskell does so deftly is dismiss conventional wisdom about Gone With the Wind – still the all-time box office champ with an inflation-adjusted $1.3 billion gross – and why it's perceived as film fluff and the book as sentimental twaddle. The nearly unequivocal critical consensus of Frankly, My Dear is that oh my, oh yes, GWTW is indeed a reputable cinematic and literary work worthy of respect. The question becomes: What choir is Haskell preaching to?

Maybe she's not preaching. Haskell, film critic turned academic and author of From Reverence to Rape: The Treatment of Women in the Movies, once stood up to a 1972 panel of fellow feminists and disputed Gloria Steinem's contention that Scarlett O'Hara was a symbol of female repression. Moreover, Haskell is no stranger to the moonlight-and-magnolias South that created Scarlett O'Hara. A Southerner herself, Haskell delves into her analysis using the film and the book, alternately positing the book's Scarlett with the film's Scarlett and the Margaret Mitchell-authored story with its screen script. The true purpose of Frankly, My Dear, then, seems less to defend GWTW's undeniably tarnished reputation than to make it okay to admit to liking GWTW.

And for what has GWTW been pilloried over the years? Even in 1939 when GWTW was released, it was not considered an accurate account of plantation life, slavery, or the Civil War. Accusations of racism were disputed by its black stars, such as Hattie McDaniel's famous rebuke that she would rather get paid for playing a maid than work as one. Gone With the Wind, then as now, is strictly entertainment minus any pretense of political correctness.

At Haskell's most compelling, she acknowledges the film's casting for its magic and romantic allure. Vivien Leigh's luminous beauty perfectly fit Mitchell's description of Scarlett, yet Haskell finds Olivia de Havilland's Melanie intriguing and considers her the character around which Scarlett does her most important self-growth. Haskell also points out that female fans had the rare opportunity to experience the virgin-or-the-whore choices so cinematically available to men: Ashley Wilkes' intellectual vs. Rhett Butler's rakehell.

Frankly, My Dear imbues Gone With the Wind with far more intention and context than Margaret Mitchell ever intended, but leave it to Molly Haskell to reinforce its enduring appeal. 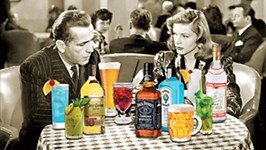