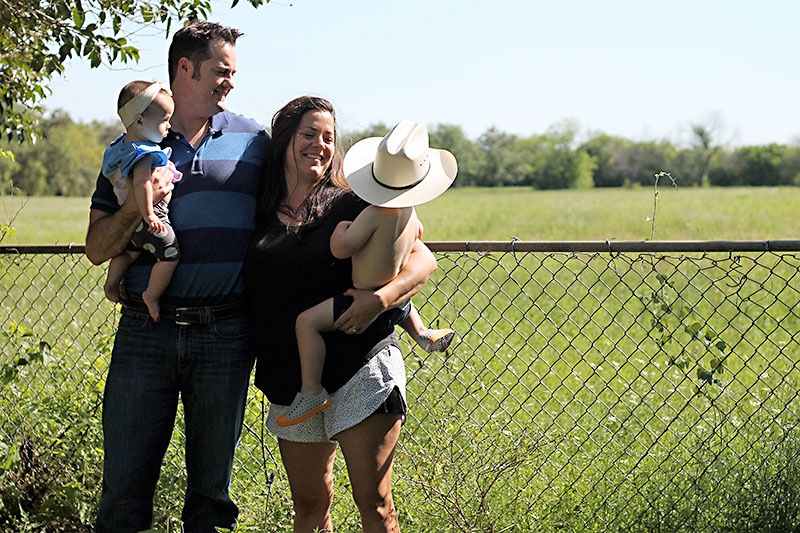 Ryder and Cat Jeanes, two of the plaintiffs, with their children Layla and Indiana (Photo by Nina Hernandez)

District Judge Amy Clark Meachum last week handed down a ruling in the Grove at Shoal Creek valid petition lawsuit that she knew would disappoint both parties. Neither the plaintiffs (homeowners directly surrounding the proposed development, who say their petition opposing the current plan should require a City Council super­majority to override) nor the defendants (represented by the city and the developer, ARG Bull Creek, Ltd.) adequately addressed her jurisdictional concerns.

Meachum made those concerns clear at the summary judgment hearing two weeks ago, saying that making any ruling before City Council votes on the Grove would be considered "advisory," and weak to challenges from a higher court (see "Grove Approaching Council Date," Aug. 5). In last Thursday's order, the judge reiterated that opinion. "While Plaintiffs' frustration in this case and their desire to move the slow bureaucratic process along is understandable," she wrote, "subject-matter jurisdiction is fundamental to the American system of jurisprudence and cannot simply be waived aside because of expediency or efficiency."

The Grove is scheduled to move on to Council today, Aug. 11, barring any more last-minute postponements (see "City Council Preview," Aug. 12). After the vote, the court will look again at whether the neighbors should have been allowed to use valid petition rights to force a supermajority.