Then There's This: The Awesome Power of Women

Political group aims to increase voter turnout and so much more 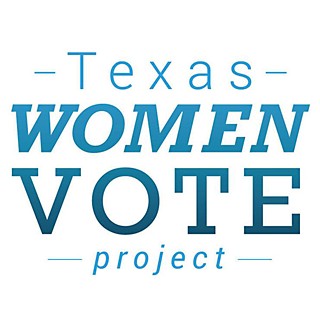 Take a look at any news story about the Wendy Davis campaign and you're likely to see the names of men – usually seasoned political veterans – positing their views on the gubernatorial race. Take for example a June 28 New York Times piece that, like most stories about the Davis campaign, cast plenty of doubt on the senator's ability to pull off an election upset against Attorney General Greg Abbott. The story quoted four sources, all of them men – Austin lobbyist Bill Miller (a natural go-to source on Texas politics), former congressman and 2006 gubernatorial candidate Chris Bell; former land commissioner and 1998 gubernatorial hopeful Garry Mauro, and Fort Worth attorney Bobby Pat­ton Jr.

And it's not just stories about the Davis campaign where male voices dominate, but most any story on important issues impacting our lives, be they political issues, policy decisions, or the economic climate. (Full disclosure: I'm just as guilty as the next reporter of routinely relying on male sources – or valuable sources who happen to be men.)

A new political action committee called the Texas Women Vote Project is on a mission to move more women into the participatory forefront. Or, as the PAC's stated goal puts it more precisely, "To unleash the awesome power of Texas women."

The first order of business is to move toward reversing a trend that puts Texas among the lowest in turnout of women voters. The low ranking seems hard to believe in our blue bubble of Travis County, where the female vote carries considerable sway, despite the county's overall dismal turnout record.

The PAC itself emerged out of the efforts of three politically connected Austin women – Genevieve Van Cleve, the former political director of Annie's List who more recently consulted on Sarah Eckhardt's successful county judge bid in the Democratic primary; Lize Burr, a longtime political activist and policy advocate at the legislative level who was a chief organizer of the citizen's filibuster during the House Bill 2 brouhaha in 2013; and Katie Naranjo, the trio's social media pro, who runs consulting firm GNI Strategies.

The group is sort of an all-purpose political outfit. It works with coalitions and individuals across the state to organize and assist wherever needed – recruiting and training minority poll workers in Waco, say, or working with Democratic groups in Lubbock on get-out-the-vote efforts in November. The trio created the PAC to accept financial contributions to finance their projects; you can only pay for things out of your own pocket for so long. They're also blazing new trails with media-training sessions for women involved in political and policy efforts. Women are taught a lot of things on political campaigns and in nonprofit work, but few of them are ever trained on how to deal with the media.

On Monday morning in Austin, TWVP held a three-hour session on how to do just that. Van Cleve asked me a couple of weeks ago if I'd help train on print media. Sure, I said, but I didn't quite know what to expect. Preparations were still being made in the final days before the event. Long story short, TWVP pulled it off without a hitch. When I walked into the conference room of the temporary headquarters of the Texas AFL-CIO this week, the room was packed with women – most of them under 40, according to Van Cleve – crowded around an oversized conference table. I grabbed a chair and found an open space to squeeze into. Elyse Yates, CEO of Influence Opin­ions, gave an eye-opening social media presentation on women in Texas politics (as in only 38% of the people tweeting with the hashtag #txlege are women); other trainers were media and entertainment whiz Dean Lofton (the Lofton Agency); marketing strategist Kate Donaho; former Travis County Commissioner and TV journalist Karen Sonleitner, and Davis campaign consultant Tom Stewart.

"I'm surprised that this hasn't been done before, and that we don't already have a regular program set up for women in this city," Burr said after the event.

A couple of months ago, TWVP teamed with the Travis County Democratic Party to train candidates running for City Council. "We invited anybody who was a Democrat who was even thinking about running for City Council," Van Cleve said. Some 55 people showed up for eight hours of training. "So many of these candidates aren't going to have access to political professionals to help them understand the skills it takes to run a competitive, winning campaign – or even how to stay out of trouble and not hurt themselves."

Of course, there were other reasons for the candidate training, too. "We did it because we are concerned that Travis County is going to take the [blue] bubble for granted," Van Cleve said. And that's where the awesome power of women comes into play. 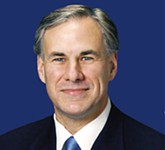 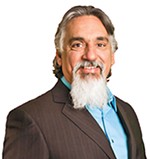 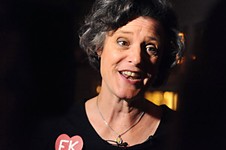