Refuses to drop his appeal of court's ruling

Get ready for Round Two of the latest match-up in the never-ending battle of "Texas vs. Public School Finance."

On Sept. 26, Attorney General Greg Abbott filed an appeal with the Texas Supreme Court, challenging Judge John Dietz's Aug. 28 ruling that the way Texas pays for schools is unconstitutional. Abbott's office has been persistently accused of political grandstanding in its selection of lawsuits (see its barrage of legal disputes with the Obama administration over health care, pollution, etc.). This time, even the critics are baffled concerning why the Attorney General – and candidate for governor – is pursuing a lawsuit that seemingly very few Texans want to pursue.

It all comes down to a clause of the Texas Civil Practice and Remedies Code. The language in question is Sec. 111.003 (a) (2), stating that the attorney general may not, without legislative approval, settle a claim that "commits this state to a course of action that in reasonable probability will entail a continuing increased expenditure of state funds over subsequent state fiscal bienniums." Abbott argues that, since Dietz ruled that the state is paying too little cash, then more biennial spending is inevitable, and so the code ties his hands. However, Democrats and education advocates point out that, since Dietz already ruled, there's no "settlement" involved, and the AG should just let the Legislature do its job.

Linda Bridges, president of the Texas branch of the American Federation of Texas, echoed that position. "Make no mistake," she said, "Attorney General Abbott is under no legal compulsion to continue defending the indefensible. ... As the state's top lawyer he has the authority to decide when to pull the plug on a weak case like this."

Abbott's prosecutorial priorities are an issue in the closing month of his gubernatorial campaign. This week, he faced harsh criticism for failing to oversee the porous accounts of the Texas Enterprise Fund. Moreover, his school finance appeal may be moot. Ever since the ugly $5-billion cuts enacted in 2011 that triggered this lawsuit, lawmakers admit – some tacitly, some openly – that the current system is broken. It is already a top priority for the 2015 session, with Senate Higher Education Chair Kel Seli­ger, R-Amarillo, stating after Dietz's ruling that, "While increased funding does not necessarily equate to improvements in student performance, the current mechanism by which the funding is distributed clearly needs to be addressed." 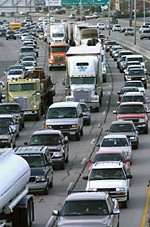 The Other Prop. 1
State prop. gets overshadowed by electoral hot topics