Well, it wasn't a debate, but at least Ray McMurrey and Rick Noriega were speaking in the same room at the same time. Unfortunately, last Thursday's Central Texas Democratic Forum might be as close as Texas Democrats get to hearing these two candidates for U.S. Senate trade jabs face-to-face.

Earlier this month, the campaign manager for Noriega – a Houston state representative and the highest-profile candidate seeking to unseat Republican incumbent John Cornyn – said he had no plans for a formal debate with Corpus Christi schoolteacher McMurrey, who's his closest challenger in the primary. The statement has drawn Noriega some criticism. 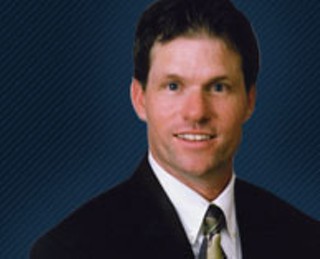 "I'm still hopeful that debate can happen," McMurrey told attendees of the lunchtime event held at the Austin Bar Association's Downtown offices. Instead, McMurrey had to settle for jabs at Noriega that got no response other than some applause from the crowd. "We want to know more than who's going to replace Mr. Cornyn," said McMurrey, as he tried to position himself as the more progressive Democrat. "We want to know what kind of platform, what kind of ideas, what kind of issues are we going to replace Mr. Cornyn with? ... My campaign is a testament to American democracy. ... The Noriega campaign has asked me where my money is. And I want to ask you a question: Where are the values? This is exactly why I'm running, when I'm asked this question. Because people want to make this about the money and not about the issues and ideas.

Noriega spoke before McMurrey and thus never had a real chance at a rebuttal. Instead, he aimed all his cannon blasts at Cornyn – and specifically at Cornyn's Texas campaign manager, David Beckwith, who was in attendance: "With all due respect to our junior senator who currently occupies the seat once held by Lyndon Baines Johnson ... not voting for the [State Children's Health Insurance Program] that would have allowed an additional 400,000 of our working-family children to have health insurance is not standing up for Texas values," Noriega said. "Please convey to our senator, with all due respect: Not voting for the Webb-Hagel amendment, which would have allowed for our soldiers to be at home for the same amount of time that they are deployed, is not understanding what it is like to have walked the talk." (Noriega, a lieutenant colonel in the Texas National Guard, served in Afghanistan.) Noriega addressed more complaints to Beckwith and then said, "I could go on and on."

McMurrey and Noriega aren't the only Dems in the race. Another is San Antonio's Gene Kelly, a serial candidate who never campaigns but always attracts votes because of his famous name. True to form, he wasn't at the forum, and moderator Chuck Herring called him "a clown" and "a threat." (In 2006, Kelly forced Barbara Radnofsky into a run-off in the primary for Texas' other Senate seat.) He could have made similar comments about San Antonio's Rhett Smith, another serial candidate who did show. Smith contributed little to the event other than a long, rambling statement that only served to suck time from what could have been a lengthy Q&A session with McMurrey and Noriega. 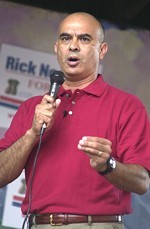